Yesterday’s late-session stock market selloff is an indication, to me, that even traders/investors and their algorithms are coddled and spoiled. The market sold off because the Fed did not indicate that its next rate move would be a cut. OK, after a 3.2% GDP print for the first quarter of 2019 and continuing strong job growth why on Earth should the Fed indicate the next move is a cut?! The fact “markets” thought that should be the base case doesn’t mean the markets were right.

The above photo is from flickr. The Gino’s jingle is well-known to people my age who grew up in Baltimore. Yes, the Gino in Gino’s is for Gino Marchetti who partnered with fellow Colt Alan Ameche along with Joe Campanella and Louis Fisher to found the brand. The Gino Giant, an almost identical sandwich to the Big Mac®, was introduced two years before McDonald’s effort. My introduction to KFC was through Gino’s because they offered KFC chicken.

When the Gino’s company was sold to Marriott in 1982 it had over 350 locations. Marriott discontinued the brand and converted the stores remaining open to be Roy Rogers restaurants. The brand was revived in 2010 as Gino’s Burgers and Chicken, but has not had much success.

Gino’s was my favorite fast-food restaurant as a child into my early teens although I was also a fan of Jack In The Box, which still had locations in the east. The day after I broke my foot playing football in May of 1972, my parents—in one of the last things they did together before my father moved out—bought me a giant bag of food from Gino’s in an effort to cheer me up. 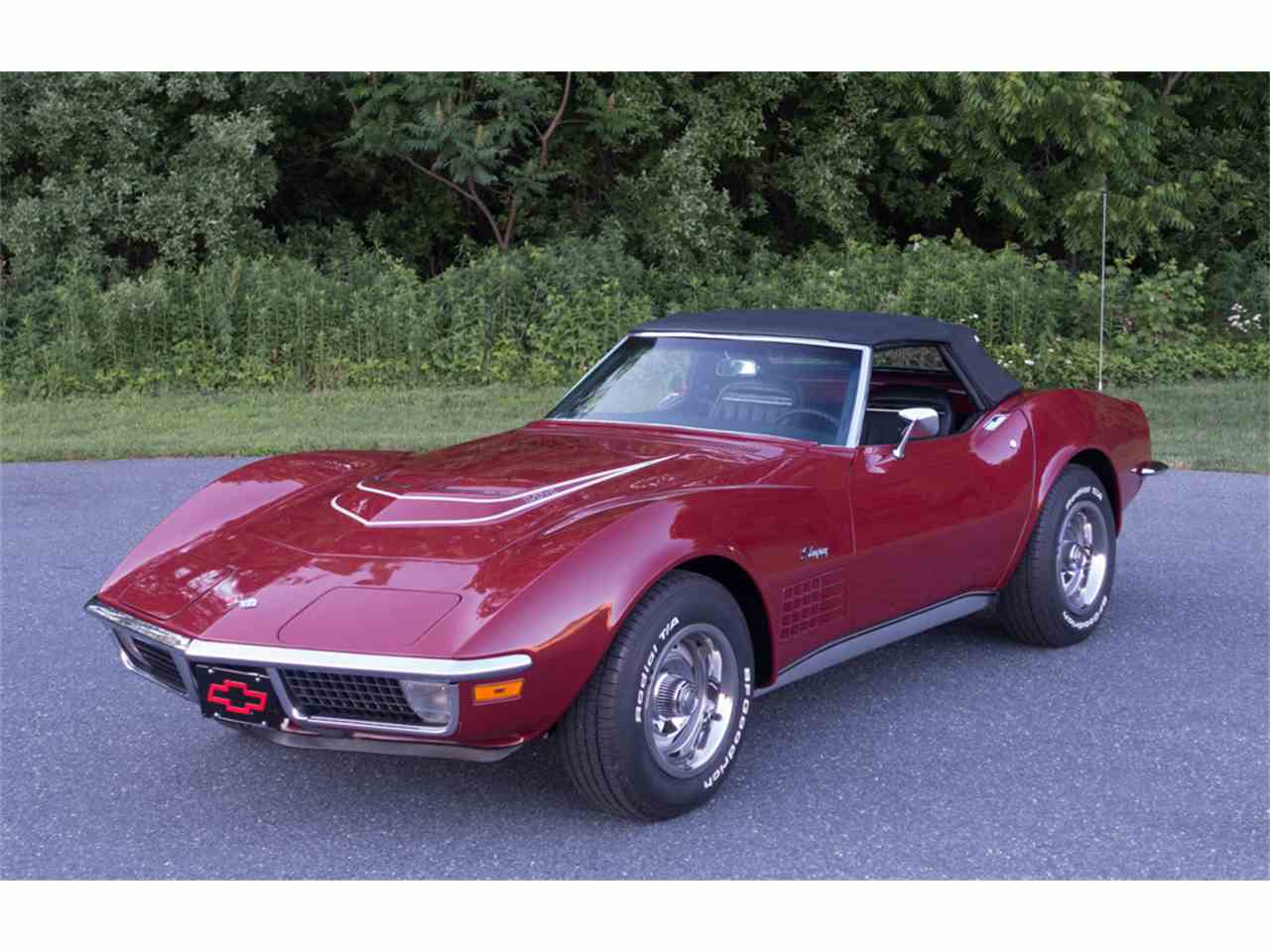 From classiccars.com a picture of a 1970 Corvette. Around the same time I was eating at Gino’s I loved these cars; I loved the Mako Shark concept car that was the basis for the C3 Corvette. I thought the C2 design was boring! Kids, what do they know?!

One of the few things my father and I did together was to attend the annual Baltimore auto show. (I picked a 1970 model to show because the Orioles won the World Series in 1970 and the Baltimore Colts won the Super Bowl for the 1970 season.) In those days auto shows were more about concept cars than about car makers trying to get people interested in buying their new models. I know I had picture postcards of the Mako Shark, but they are long gone.

1970 is considered the high-water mark of the muscle car era (yeah, that’s really why I showed a ’70 Vette). Beginning in 1971, net HP figures were displayed instead of gross and real HP output fell because of tightening emissions standards and rising insurance rates. Compression ratios were lowered, cams were made less aggressive, etc. For 1970 the highest HP engine for the Corvette was the 454 cubic-inch big block that produced 390 HP; the 350 cubic-inch ZR1 small block produced 370 HP. By 1975 the highest HP for a Corvette engine was 205 and the base engine produced just 165 HP.

Today I think the C2 Corvette is the most beautiful American car ever and I think the C3 looks a little dated, especially early in the run. It’s OK to change your mind, by the way. I once knew someone—he was actually one of the best men at my wedding—who refused to change his mind or the way he thought about anything. I haven’t spoken to him in about ten years.