Of course, the first quote can be attributed to Shakespeare while a version of the second has been attributed to Daniel Patrick Moynihan. I don’t know about you, but I am not a big fan of people who pontificate without command of the facts. Freedom of speech doesn’t mean anyone has to listen and to paraphrase Asimov one more time, democracy does not mean that Person A’s ignorance equals Person B’s knowledge. Of course, I would add the caveat that lack of credentials doesn’t necessarily mean lack of knowledge.

A real-world example: I commented on an article about the C8 Corvette on an automotive website. (Imagine that…) Part of my comment was anticipating the groan from the manual transmission snobs who would bemoan lack of same in the new Corvette, at least at first. Someone replied that Chevrolet was restricting its market because most Corvette drivers drove a manual transmission. This person was obviously unaware that the majority of Corvettes have been sold with an automatic transmission every model year since 1972! I stated that fact in a reply of my own. What I didn’t state (sorry for gilding the lily) is that more automatic transmission Corvettes were sold in the ten model years 2007-2016, inclusive, then the total of all Corvettes sold from 1953 to 1965. Remember, too, that Corvette sales were seriously affected by the “Great Recession.” Corvette sales declined by 71% between model years 2007 and 2012.

You know, it’s really not that difficult to look stuff up these days. If you find two or three “reliable” sources that agree you can have some confidence in whatever fact(s) you found. Also, loud and wrong is still wrong. 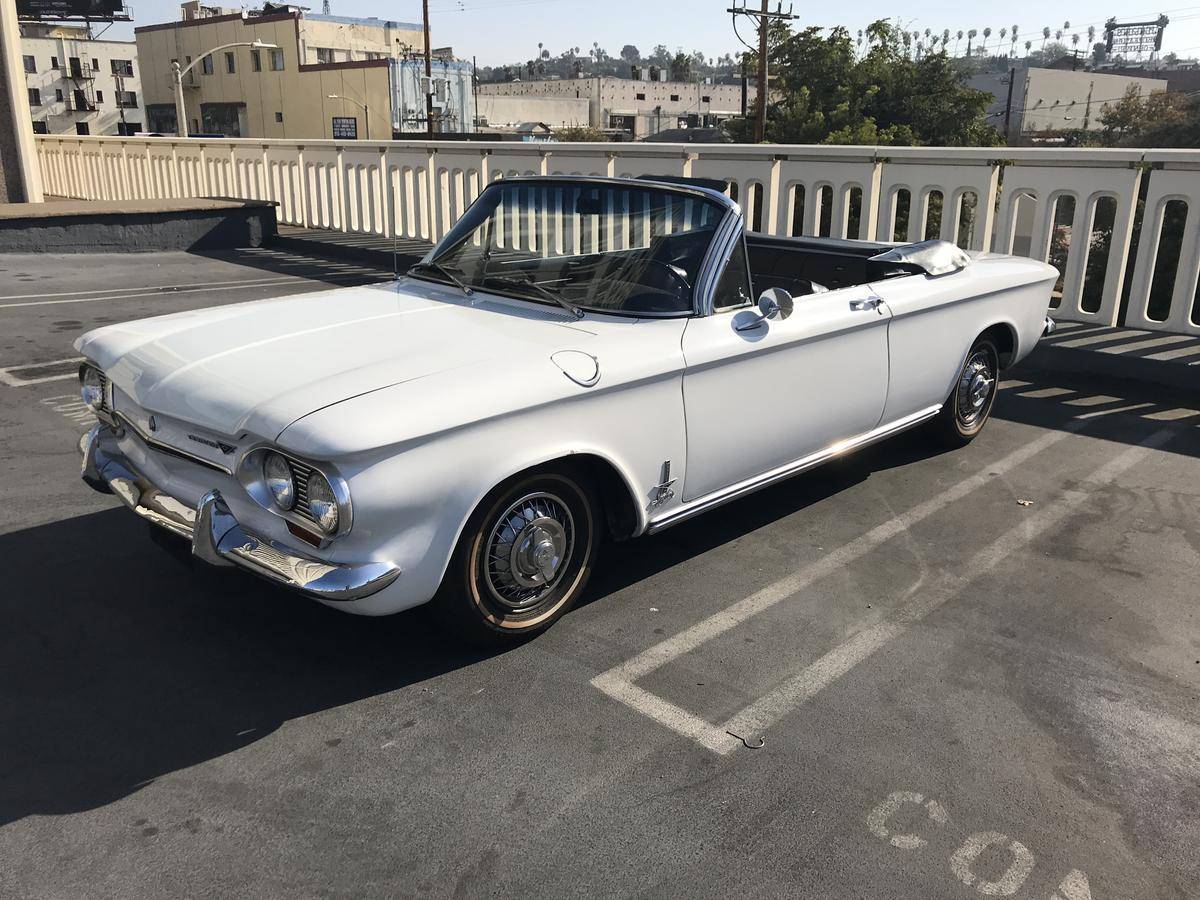 From this Hemmings listing a picture of a 1963 Chevrolet Corvair Monza Spyder convertible. OK, what’s “pioneer-ish” about this car? It has a turbocharged engine. In 1962, Chevrolet and Oldsmobile (another first for them) introduced the first mass-produced turbocharged cars anywhere in the world. The turbo system was not sophisticated at all compared to today, but GM deserves kudos for basically seeing the future. Turbocharged cars are now common.

A turbo engine was available in the Corvair from 1962 through 1966; the Olds Jetfire was only available in 1962 and 1963. This particular Corvair is being advertised at $10,000. On Hemmings I searched for Corvair turbo cars from 1962 or 1963. If I limited my search just to the debut year I might not have found anything. I think being able to buy a turbo Corvair for about ten grand is a very frugal way to buy a pioneering car. By the way, Chevrolet produced about 19,000 Monza Spyders in 1963 of which approximately 7,500 were convertibles.

Also from Hemmings a picture of a 1966 Oldsmobile Toronado: 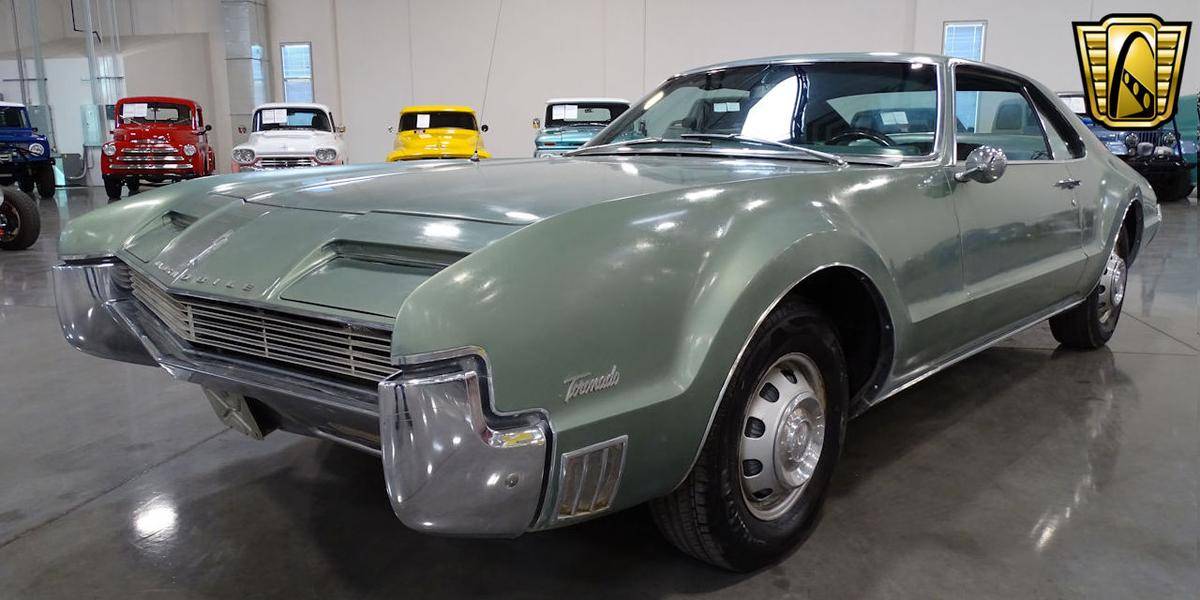 This was the first model year for the Toronado, which was the first mass-produced front-wheel drive American car since the Cord 810/812 of 1936-37. Once again, Oldsmobile and General Motors were ahead of the eventual trend toward FWD cars. Olds produced almost 41,000 Toronados in its debut year. The seller is asking $9,595 for this example. Another Toronado, a ’67 model, was actually advertised at a lower price, but didn’t look good in the photos. This example isn’t pristine, either, but for less than ten grand that wouldn’t be a big deal to me.

To be able to buy such an important car for less than ten grand is the definition of frugal for me. Oh, if you buy this car and live in a climate that receives snow in the winter, please remember to put the snow tires on the front! 🙂