Yes, today is April 15. Our federal return has been filed and our payment made. Payment? Shouldn’t we get a refund? I am not Suze Orman’s biggest fan, but in this piece she speaks real truth, in my opinion. The key paragraph in the article is this, I believe:

“Though getting a refund may feel like a windfall — the average one is around $2,600 — Orman argues that you could put that money to better use throughout the year. After all, ‘it’s not as if the government pays you interest on that money,’ she says. ‘You have money that they are holding for you just to get a refund, when you could be getting that extra $100 or $200 a month.'”

I used to work with someone who not only claimed zero allowances on her W-4, meaning maximum tax withheld, she had extra taxes withheld. When I explained to her that she was loaning the government money with no interest she said it was the only way she could save. Ignorance is not bliss and financial ignorance is certainly rampant in America.

We owed the IRS a fair amount of money for 2018 because we didn’t pay “enough” estimated tax to cover the capital gains we incurred to raise funds to pay off our mortgage last January. Let’s see…loan the government money at no interest or pay off our mortgage? Of course that’s not the real tradeoff, but I am trying to make a point. My bigger point is that money legally earned, legally saved and legally invested does not belong to the government, it belongs to the person/family that earned/saved/invested that money.

I had another weird and unsettling dream last night. I dreamt I purchased a car that I thought was a Jaguar XJS, or maybe even an E-Type—I’m not sure, but when I received the car it was a bloated mess that only vaguely resembled either car. It looked like a bad attempt at a custom car. I asked my wonderful wife if I should return the car to the seller. She said, “Of course!” to which I replied, “I’m actually not sure if I can.” My feeling of disappointment was overwhelming.

Speaking of the Jaguar XJS: 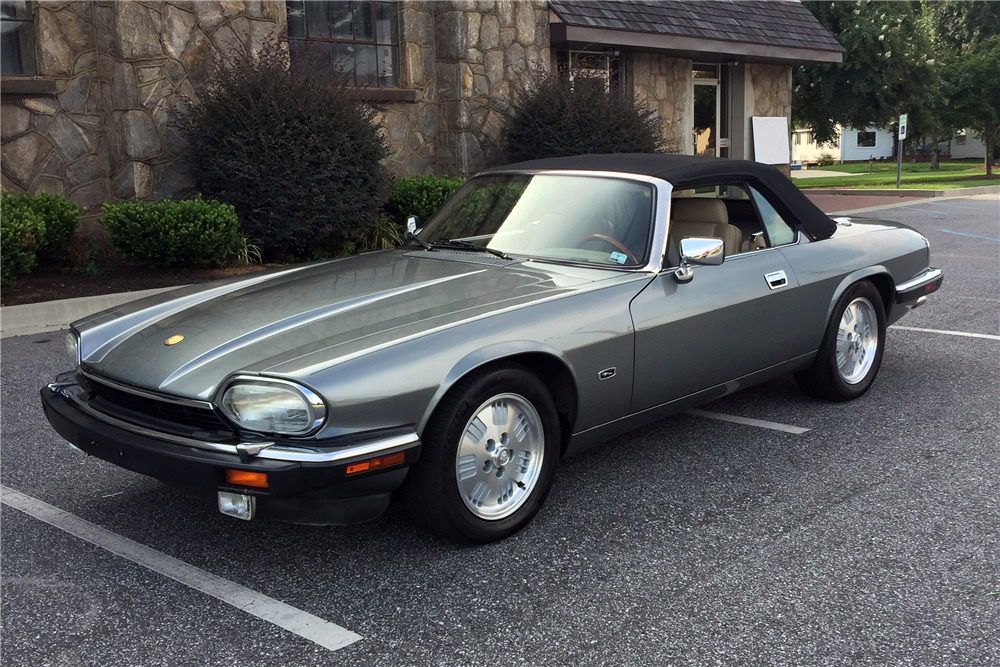 This car was offered at the Barrett-Jackson auction that was held from the 11th through the 13th in Florida. It is a 1992 XJS with the 5.3 liter/326 cubic-inch V-12 rated at 263 HP/288 LB-FT of torque. What makes this car unusual is that it has a 5-speed manual transmission; the vast majority of these cars had an automatic transmission. Maybe the transmission is what drove the hammer price to $20,000 ($22,000 all in); these cars usually hammer between $8,000 and $15,000 at Barrett-Jackson auctions.

I think the cars are quite handsome. The V-12 engine is smooth when running right, but can be a pain to keep running right. I think the XJS is one of the least-respected successful cars ever as Jaguar produced them for 20 years, the longest running model in their history. About 115,000 were made in all.