My wonderful wife and I were simply overwhelmed by the looks of this car from yesterday’s offerings at the Barrett-Jackson auction in Palm Beach, Florida: 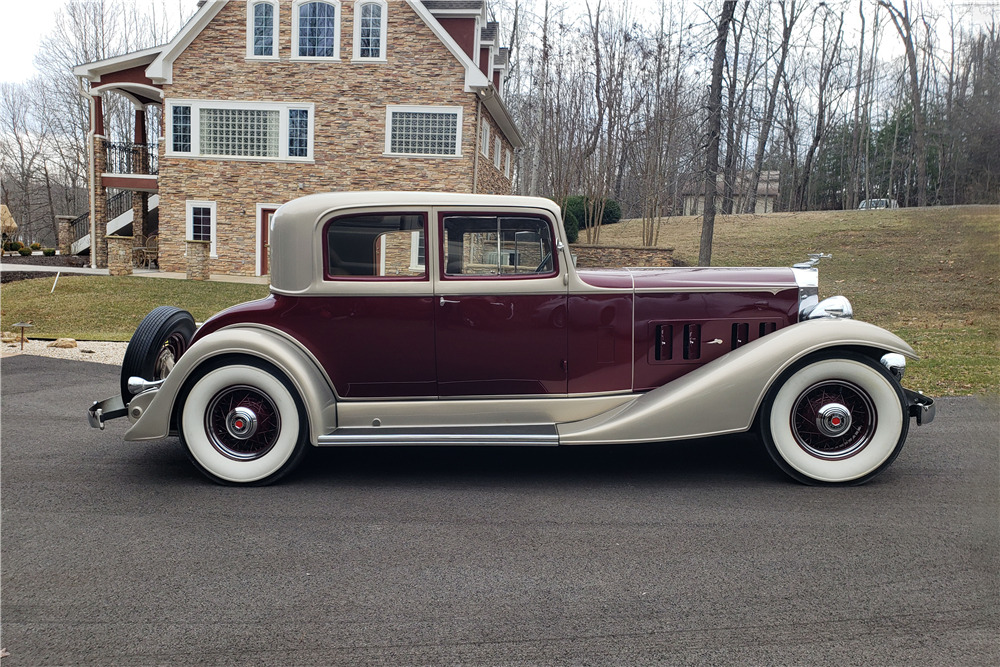 This is a 1933 Packard 1002. According to Barrett-Jackson only 1,099 of these cars were produced. This number is confirmed in Encyclopedia of American Cars by the Auto Editors of Consumer Guide®. However, 11 body styles were available for the 1002 model in 1933 so the number of 2-door, 5-passenger coupes like this one that were sold is far smaller.

As I have written before I had no interest in cars of this era as recently as five years ago. That has changed for sure. While I don’t know if I would purchase a classic pre-war car if I won the lottery, I don’t know that I wouldn’t, either.

Speaking of automobile auctions, I have often wondered what is the ratio of the median sale price to the average sale price. Well, at the Mecum auction in Arizona in March the median was 65% of the average. I have no idea whether or not the fact that most lots at Mecum are offered with a reserve changes that ratio. About 60% of the offered lots were sold.

One of my favorite cars from the Mecum Arizona auction was a car like this:

From topclassiccarsforsale.com a picture of a 1967 Buick GS convertible. This lot—once again, Mecum does not allow online photos of its lots to be captured so this is not the actual auction car—did not sell with a high bid of $20,000.