Thanks to my wonderful wife who made the greatest birthday present ever possible. That’s only fitting because she is the kindest, cutest, sweetest, most wonderful person ever!

Happy Birthday To Me!

Yes, I finally sh*t and didn’t stay on the pot. This is my new car: a 2016 Corvette Z06 in Long Beach Red Metallic over Dark Gray WITH the Z07 performance package. My thanks to Kim of Mercedes-Benz of Oklahoma City who tolerated my being a pain in the ass during the purchase process. My thanks to Mike who delivered the car and was very conscientious about taking care of it.

That is not a picture taken yesterday when the car was delivered. The delivery was late in the day, it was dark and the car is less than clean after being on an open car carrier for 2-3 days. This picture was sent by Kim at the dealer.

What a world! I bought a car sight unseen and without a test drive. However, the car still has four months left on its bumper-to-bumper warranty and 28 months left on the drivetrain warranty.

I am VERY excited about driving this car! Wish me luck; I promise I won’t gush about the car…too much. 🙂 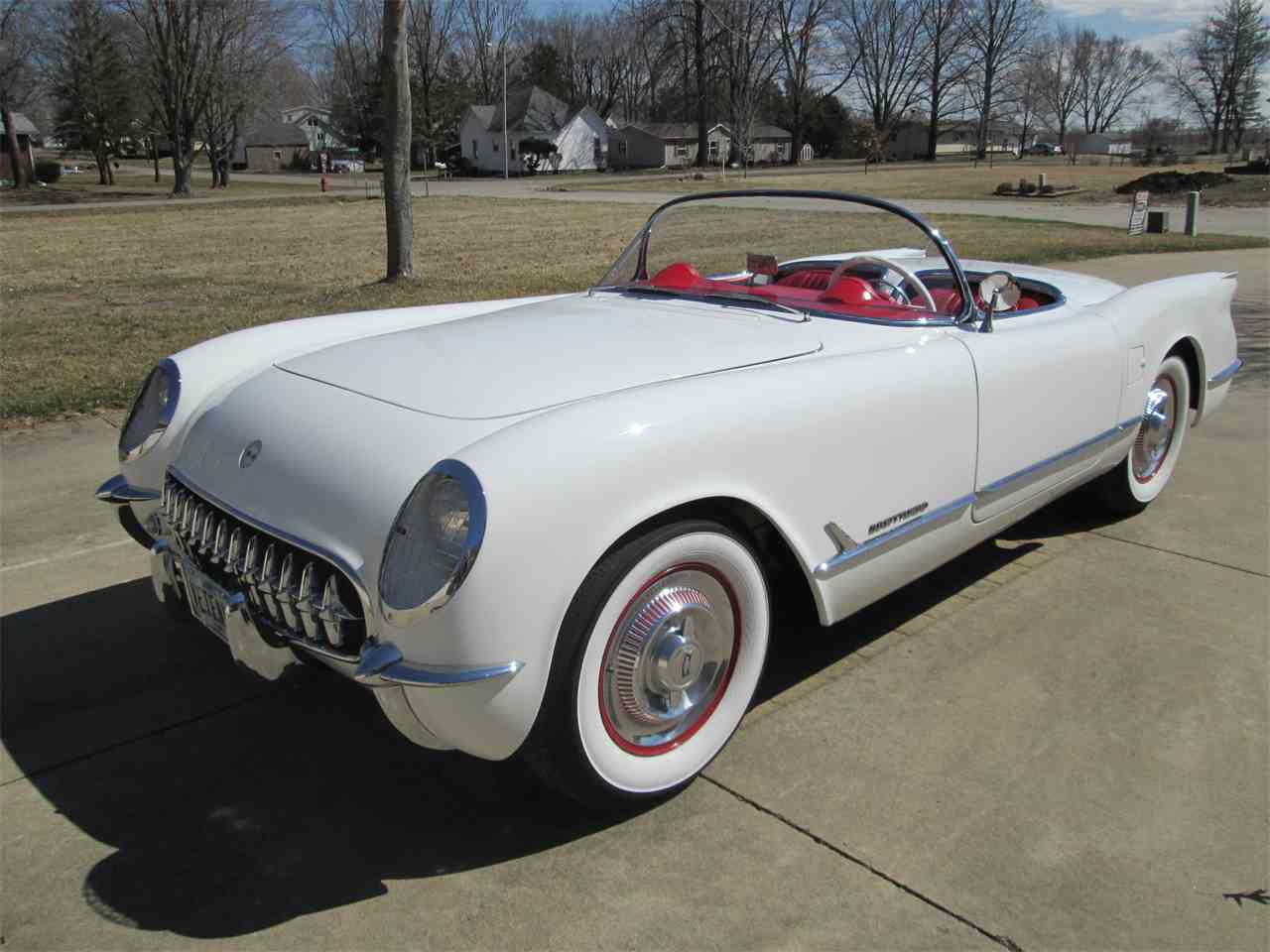 From classiccars.com a picture of a 1953 Corvette. In case you don’t know, or even if you do, 1953 was the first model year for the Corvette. Despite what Mercedes-Benz claims, the Corvette is the longest running automobile model in the world. (Mercedes-Benz claims its own SL model, that it is discontinuing, is the king of longevity because no model year 1983 Corvettes were sold. Corvettes with 1983 VINs were manufactured, but more importantly new Corvettes were sold in the 1983 calendar year. They just happened to have a 1984 model year designation.)

Only 300 Corvettes were made for the 1953 model year and, not surprisingly, the cars are quite valuable. They were all Polo White over Red and powered by a “juiced” Blue Flame inline 6-cylinder engine mated to a 2-speed Powerglide automatic transmission.

It’s not really hard to comprehend the metamorphosis of the Corvette with the benefit of hindsight, but I doubt that many people in 1953 could have imagined a car like the C7 Z06. Never mind Bluetooth, satellite navigation, rear AND front cameras, airbags and the like. In 1953 the Corvette engine produced 150 HP/223 LB-FT of torque; a 2016 Z06 Corvette engine produces 650 HP/650 LB-FT.