No, this post is not about fusion cuisine, whatever that is. This post is also not about jazz fusion although I am a fan of the genre, especially music recorded in the 1970s and 1980s. My favorite “album” of all time is “Enigmatic Ocean” by Jean-Luc Ponty.

Fusion is the merging of multiple ideas or interests into one. Two common interests are cars and beautiful women. Before I show this picture I want to note that many more…ahem, more revealing photos were available. However, since they were NSFW, at least NAFW, and because my wonderful wife reads this blog every day I decided that discretion is the better part of valor. Without further ado:

From maxtalent.com a picture of the lovely Emily Williams Reeves. She used to host a YouTube “show” called “The Model Mechanic” and now co-hosts a show with her husband (sorry, guys; no offense to the man but in my opinion he is punching way above his weight class, if you know what I mean) called “Live, Love, Wrench” that airs via the Motor Trend app and, occasionally, on the Motor Trend channel. 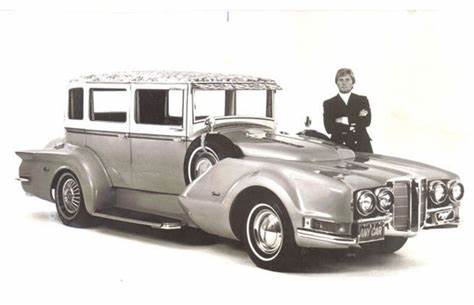 From complex.com a picture of one of the “Anycars” used in ads for Manufacturers Hanover Trust. How many of the cars can you identify?

I first became aware of this car in the 1970s as both versions were included in Automobiles of the World by Albert L. Lewis and Walter A. Musciano. The book was published in 1977 and I bought it in 1978. No surprise…my senior year high school History paper was “The Development of the Automobile and its Effect on 20th-Century American Society.” I had to buy the book, for research. 🙂

Actually, I didn’t grow up with money. (Contrary to what the narrow-minded racist morons think, not all Jews are rich.) I guess you could have called us a lower middle-class family. After my parents divorced you would be shocked at how little money my mother received in alimony and child support, and that was when my father would pay the mandated amounts. Sometimes he didn’t claiming he simply couldn’t afford it. Anyway, buying books was never easy in those days. Maybe that’s why I now almost never hesitate to buy a book I want.

We don’t have cars that run on nuclear fusion, at least not yet. From this article in Automobile Magazine, though, is something pretty wild: 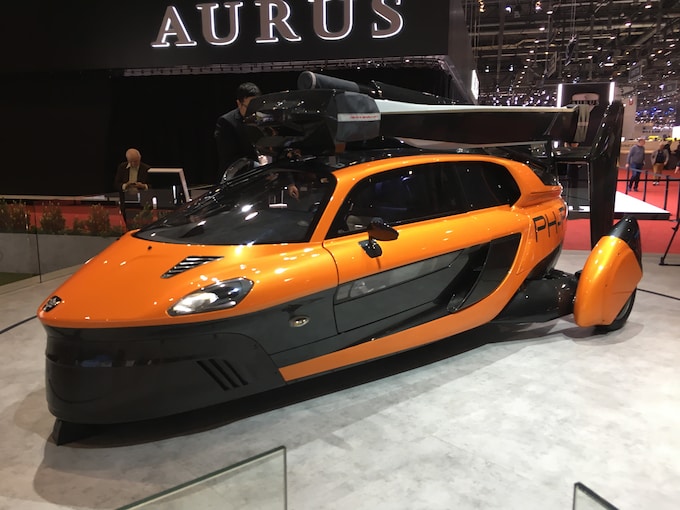 What is it? I’ll let them tell you:

Sometimes the wildest cars at Geneva [the 2019 Geneva Auto Show] aren’t even cars. Take the Pal-V, for instance, a Netherlands-built roadcar/gyrocopter combo that uses dual engines to reach a claimed top speed of 99 mph on the ground or in the air. Simply unfold the twin rotors and tail boom, fire up the Rotax 912 iS engine, and fly your bad self over that pesky traffic. Right? Riiiight.”

Sorry, I’m not ready for a flying car. Now a car that flies that’s another story…