First, another kind of throwback: 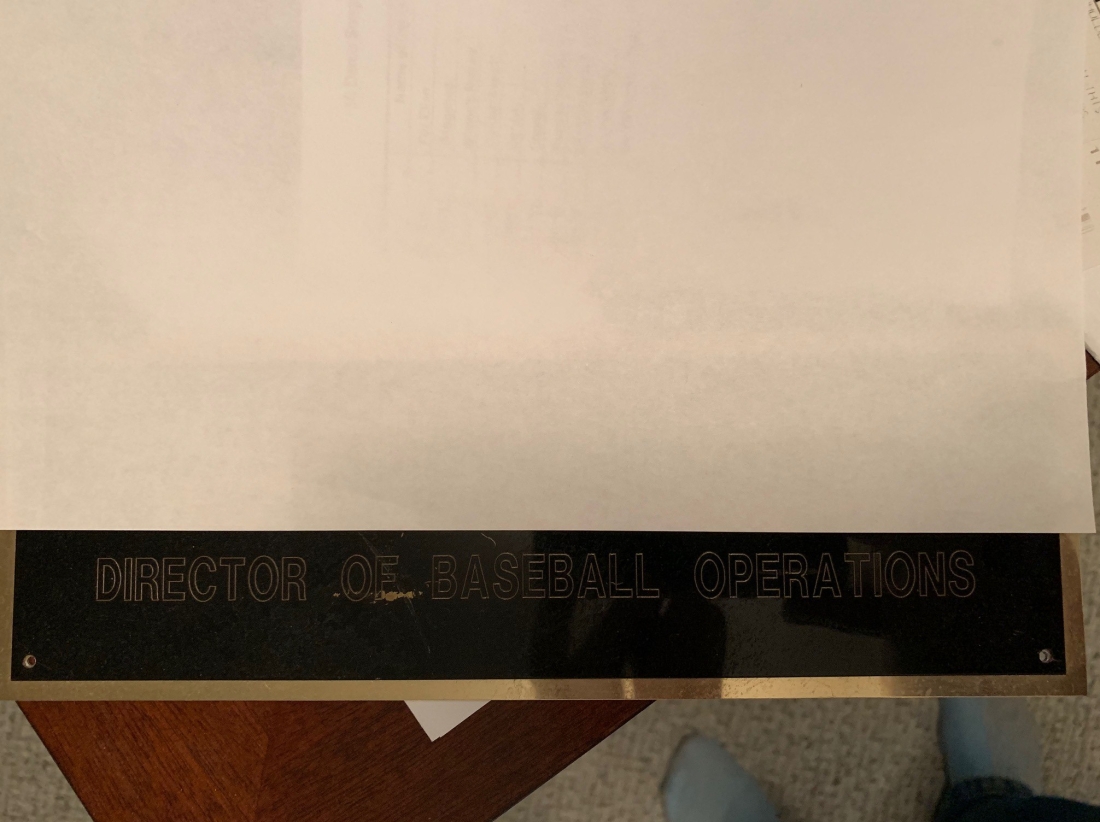 This less than well-composed photo (sorry, photobyjohnbo) shows the bottom half of the nameplate that was on the wall outside of my office in my last full-time baseball job. July 31 will mark the 20th anniversary of my last day as a full-time baseball employee. Because I had 10+ years of service as a full-time, non-uniform baseball operations employee I could start receiving my baseball pension at age 55. (One is vested in that pension at five years of service.) Because I wanted MLB to pay me as many times as possible (I will always be bitter about my divorce from baseball even though I don’t follow it, anymore) I only waited four months after my 55th birthday to start collecting my pension. It’s not a lot of money, but it’s better than nothing and it’s an old-fashioned defined benefit plan, which means I contributed zero to it. The real reason I waited four months was not to increase the nominal amount paid to me, but to collect my first payment on August 1, as close to July 31 as possible.

My baseball career didn’t end when I resigned as Director of Baseball Operations, though. Subsequently, I had a successful baseball operations/player personnel consulting business for more than ten years until “baseball” decided I was obsolete. I vehemently disagree with that categorization, but perception is reality even if it isn’t. During my run as a consultant, 11 of my clients made the playoffs and two of them appeared in the World Series. How could I have 11 clients make the playoffs in ten years? I had as many as four clients at the same time. The only restriction was I could not work for more than one team in a division.

OK, this is what you’re expecting on Throwback Thursday: 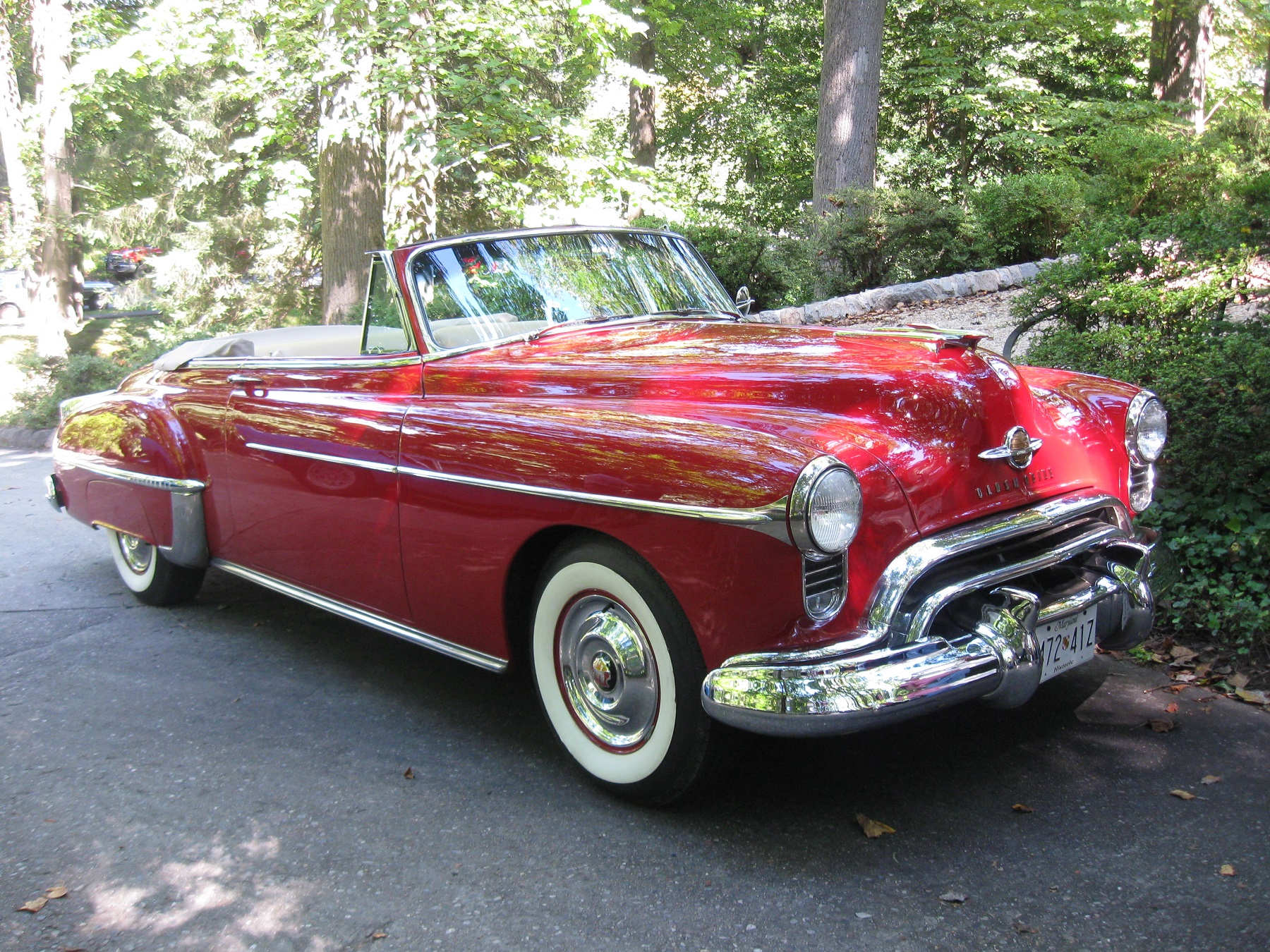 From groovecar.com (what a great name for a website) a picture of a 1950 Oldsmobile 88 convertible, of which about 9,000 were sold. In 1949, Olds and Cadillac introduced the first modern, overhead-valve V-8 engine. In calendar year 1939 but as a 1940 model year car, Olds introduced the revolutionary Hydra-Matic automatic transmission that it developed in conjunction with Cadillac. Of course, Oldsmobile is now long gone. It was the only US company that manufactured automobiles in the 19th, 20th and 21st centuries.

As I have written (many times) before I have developed an affinity for cars other than muscle cars and European exotics. Many American cars from 1950-ish through the early 1960s appeal to me a great deal. Although it is a virtual certainty that I will buy a 2016 Z06 Corvette later this year, I would also love to own a car of this vintage.

What say you? Speak up!