Connections is a fascinating (IMO) TV series created, written and narrated by James Burke, a science historian. Each episode would link people or inventions that didn’t seem to be related at all. From the Wikipedia article about the series here is the synopsis for a typical episode:

“‘Eat, Drink and Be Merry…’ begins with plastic, the plastic credit card, and the concept of credit, then leaps back to the time of the dukes of Burgundy, the first state to use credit. The dukes used credit for many luxuries, and to buy more armor for a stronger army. The Swiss opposed the army of Burgundy and invented a new military formation (with soldiers using pikes) called the pike square. The pike square, along with events following the French Revolution, set in motion the growth in the size of armies and in the use of ill-trained peasant soldiers. Feeding these large armies became a problem for Napoleon, which caused the innovation of bottled food. The bottled food was first put in champagne bottles then in tin cans. Canned food was used for armies and for navies. In one of the bottles, the canned food went bad, and people blamed the spoiled food on ‘bad air’, also known as swamp air. Investigations around ‘bad air’ and malaria led to the innovation of air conditioning and refrigeration. In 1892, Sir James Dewar invented a container that could keep liquids hot or cold (the thermos) which led three men – Konstanin Tsiolkovsky, Robert Goddard, and Hermann Oberth – to construct a large thermal flask for either liquid hydrogen and oxygen or for solid fuel combustion for use in rocket propulsion, applying the thermal flask principle to keep rocket fuel cold and successfully using it for the V-2 rocket and the Saturn V rocket that put man on the moon.”

Each episode in the original series (1978) was fascinating to me. I didn’t enjoy the book anywhere near as much nor did I enjoy the “sequels,” Connections2 or Connections3 as much as the original.

In his book Steve Magnante’s 1001 Corvette Facts, Magnante writes about a “Connections” event. Fact #518 links the Chevrolet Corvair, the Porsche 928 and the C4 Corvette. Magnante writes that Porsche developed the front-engined 924 and 928 as a response to the reaction to the rear-engined Corvair. Porsche worried that the US, its largest export market, might ban rear-engined cars. The introduction of the 924 and particularly the 928 led General Motors/Chevrolet to abandon any mid-engined Corvette and re-commit to a front-engine layout in the C4. (In my opinion much of the excessive and vitriolic criticism of corporate America has its roots in the Corvair and the controversy it created. In his book Engines of Change: A History of the American Dream in Fifteen Cars, Paul Ingrassia connects the Corvair to the election of George Bush in 2000. Ralph Nader became so famous that he ran for President and received enough votes in Florida so that the state and its electoral votes would be awarded to Bush instead of Al Gore. That’s a real Connections story!) 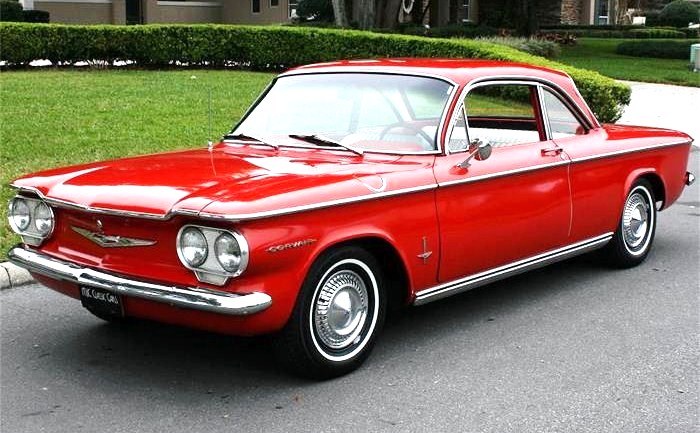 From journal.classiccars.com a picture of a first-generation Corvair.

From momentcar.com a picture of a Porsche 928. From corvsport.com a picture of a C4 Corvette. This happens to be a 1990 model.

People who think they can predict the future are either delusional or lying. Nature is extremely complex and the only prediction that can be made is that nature is unpredictable. Human behavior, while not as complex as nature, can be inscrutable as well.