For me the best news of Super Bowl weekend was the election of Ed Reed to the Hall of Fame in his first year of eligibility. Nobody besides me knew this before now, but Reed is my favorite Raven ever. I had the good fortune to watch almost every game he played in a Ravens uniform.

On the wristband that he wore in the 2011 AFC Championship game, Patriots’ QB Tom Brady had this written: “Find 20 [Ed Reed’s number] on every play.”

Here is praise from Bill Belichick as quoted in this article:

Reed will never see this, but Congratulations! We will not see the likes of you again. 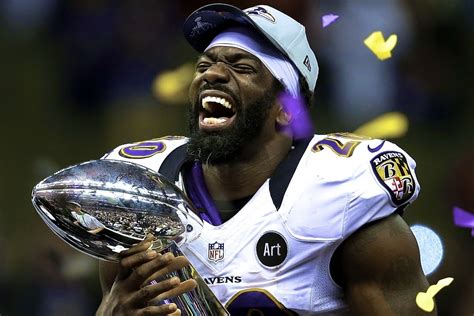 From bleacherreport.com a picture of Reed holding the Lombardi Trophy after the Ravens defeated the 49ers in Super Bowl 47. (Sorry, I think the Roman Numeral thing is dumb.)

Have you heard about this? Jerry Seinfeld is being sued because a Porsche sold out of his collection at an auction is alleged to be fake. The lawsuit alleges that Seinfeld apologized and promised a full refund in a voicemail message, but the refund has never been made, which is why the suit was filed.

I don’t really believe in karma, but maybe a Jew shouldn’t be collecting Porsches no matter how rich and famous he is.

I haven’t forgotten about Ultimate Garage 2.0. As this blog is now in its second year of existence, the time for the reveal grows closer. I will not divulge the number, but if/when Disaffected Musings reaches a certain, consistent level of daily views I will probably begin the reveal.

In the meantime, please start thinking about your Ultimate Garage and feel free to send it to me in a comment. As for me, here’s a contender I have mentioned before:

A picture by yours truly of a Lexus LC. I think it is an amazingly beautiful car and I have had the good fortune of driving it.