Before I show and write about an old car for Throwback Thursday I want to send good thoughts to Frank Robinson and his family. It was with much sadness that I learned that Frank is in hospice care and is in the “late stages of a long illness.”

Growing up in Baltimore as a sports fan, Johnny Unitas and Frank Robinson were my two of my three athlete “heroes.” In later years I rubbed elbows with Unitas from time to time and found him most gracious.

However, my life went beyond my dreams regarding Frank Robinson as I later worked with him as a member of the Orioles’ organization. As I mentioned in this post he and I had a very good relationship. Here is an excerpt from that post:

He and I had a very good relationship and he told me on more than one occasion that if he were to ever become a General Manager he would give me a very high position in his “administration,” perhaps even Assistant GM. A story along those lines: one day I was walking past his office and stuck my head in to say hello. I noticed a baseball cap on his desk I had never seen before with the letters “CR” on it. I asked Frank, “Cedar Rapids?” He said, “No, Colorado Rockies.” I asked, “Are you going somewhere?” Frank replied, “No, but if I do I’m taking you with me.” You have no idea how amazing I felt after he said that.

From culturevie.com a picture of Frank as a player with the Orioles. 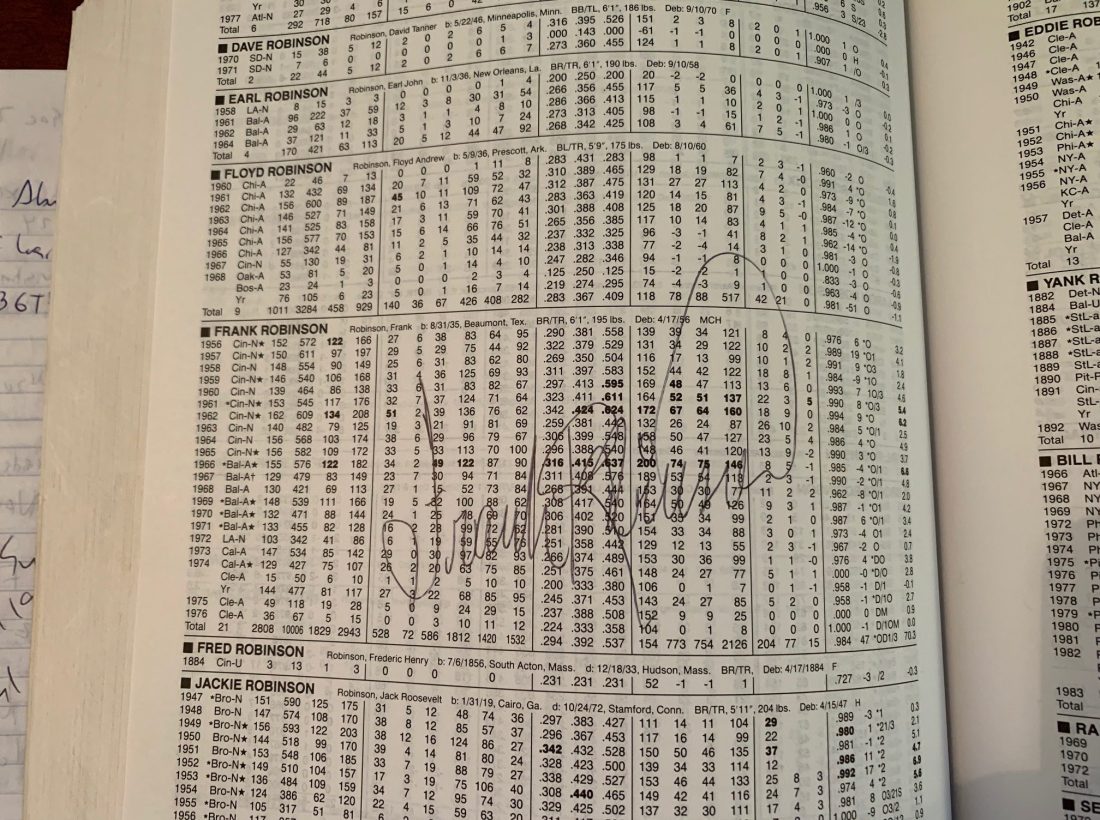 This is the Third Edition of Total Baseball, a baseball encyclopedia. That is Frank Robinson’s signature on his entry. He was not keen on signing autographs and I only asked him twice in the many years I knew him. Thanks for everything, Frank.

From vaultcars.com a picture of a 1939 Packard Twelve Roadster. This was the last model year in which Packard offered a 12-cylinder engine. This is a link to an interesting article from howstuffworks.com about the Packard Twelve and the company’s competition with Cadillac.

Packard only produced 446 Twelve models in 1939; as best as I can estimate Cadillac only produced 136 Series 90 cars with a V-16 engine in 1939. Cadillac’s last V-16 was made for the 1940 model year. In 1939 US nominal GDP was actually still a tad lower than in 1929 while real (inflation-adjusted) GDP was only a little higher than 1929. Many of the small group of people who could actually afford cars like this probably thought that discretion was the better part of valor. (That’s one of my favorite sayings, by the way. I don’t think I’ve used it in Disaffected Musings until today.)

I’m almost certain that 56packardman likes this car. What do the rest of you think? 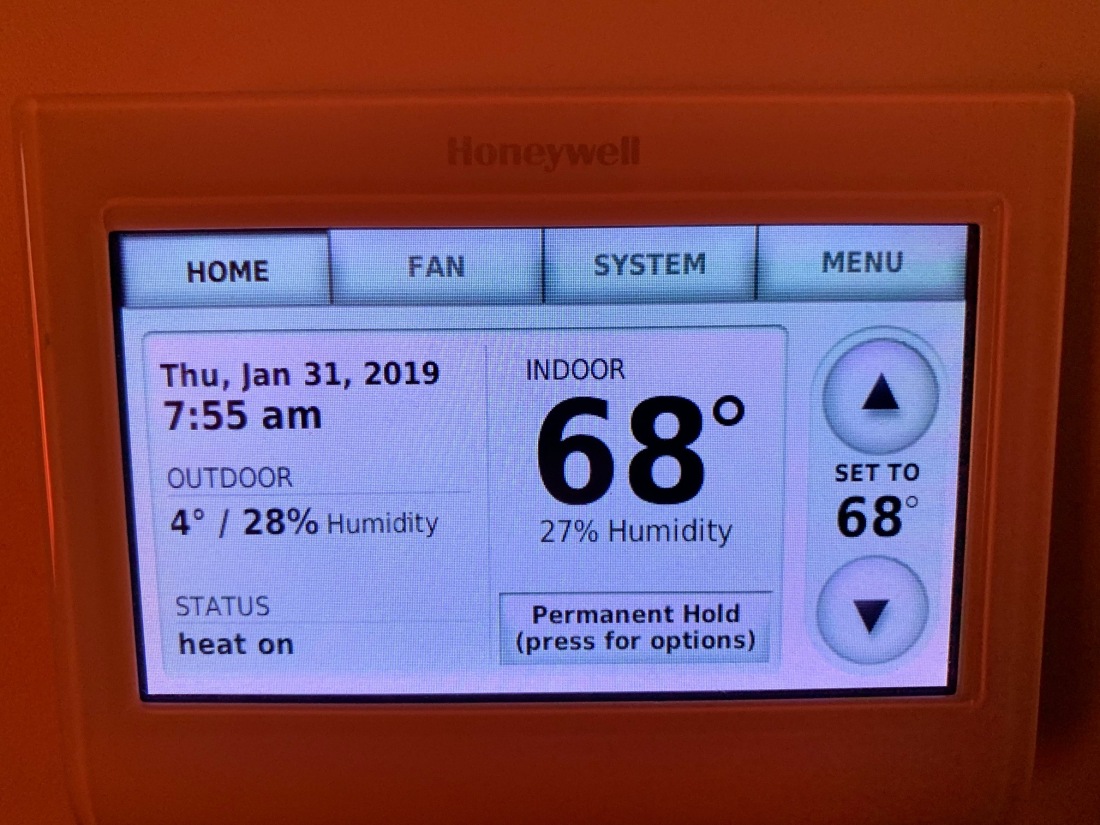 OK, so it wasn’t as cold as here this morning as in Minneapolis or Chicago. Still, Arizona sounds better to me everyday. 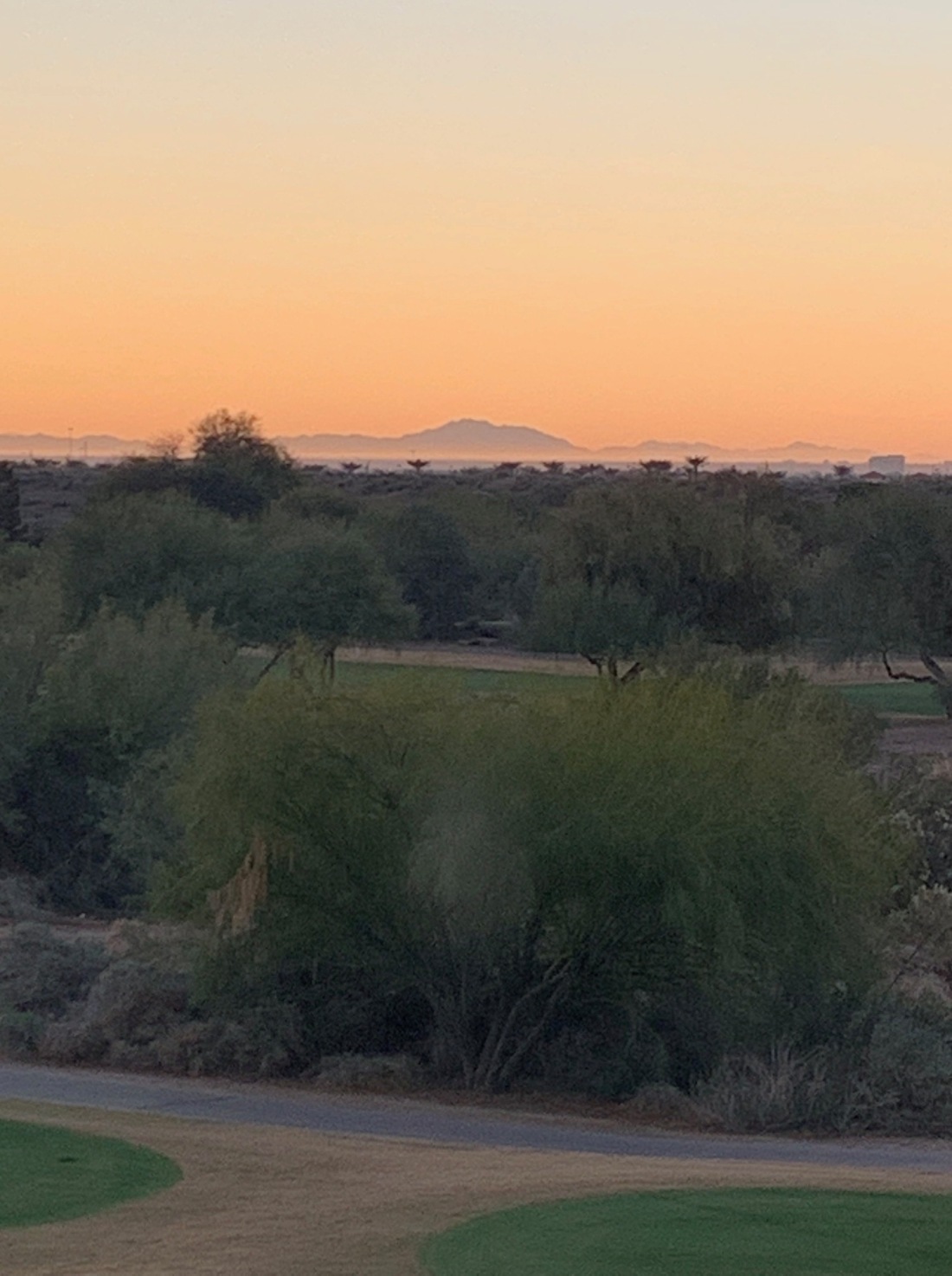