The post title has been written often in this blog. Some would accuse me of not reaching far enough, of settling. I disagree, obviously.

I had a dream to work in major league baseball and either through naiveté or effort or ability (probably a combination of all three) I made it happen. I do believe, however, that the number of “magic tricks” a person has up their sleeve is finite.

I had a dream to buy or to build a restomod C2 Corvette. After seeing how much one costs to build and after seeing the prices at auction in Scottsdale for such cars, I have called an audible. I have also shifted my plan because I cannot have airbags, ABS or traction control in a restomod and there are simply too many awful and distracted drivers to drive a car lacking modern safety systems. Regular reader and commenter Steve Dallas, who builds cars for a living, deserves much credit for “showing me the way.”

Why do I so badly want to buy a car I don’t really need? At the end of my life I do not want to be in the position of lamenting the things I didn’t do. A life spent only doing the things one needs to do is not a life well spent, in my opinion.

Speaking of Scottsdale, despite a slightly sour final day in Arizona (details unnecessary) we all had a great time. I bid on two C7 Vettes, one stock and one custom. Each time my high bid was $65,000 and the car hammered at $70,000. Maybe that will turn out to be a blessing.

This is the custom 2014 Corvette on which I made a bid. It has a custom widebody kit, upgraded lighting and a supercharged engine. Supercharged engines were not available for the 2014 model year. If I had purchased the car I probably would have had it repainted. 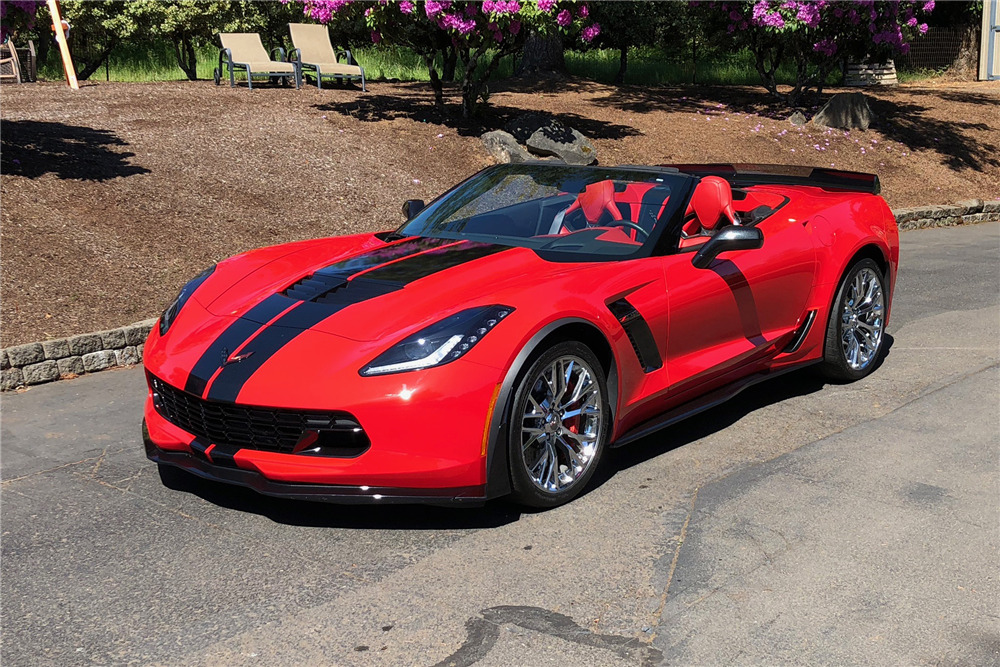 From Barrett-Jackson’s website a photo of the stock 2015 Corvette Z06 on which I bid. My focus on restomods and the last-minute decision to buy a C7 instead led to me not even noticing this car in the catalog. I literally turned to the page in the catalog where the car was listed as it was being put on the block and decided right then and there to bid. That’s probably not a wise move, but I figured on a 2015 car with fewer than 4,000 miles how much could be wrong with the car?

Sometimes a person’s depth of feelings about something or someone is not known until they experience a change in situation. One time before my wonderful wife and I were married or even engaged she picked me up from the airport. I was overwhelmed and, frankly, surprised by how happy I was to see her and realized I must really love her.

Conversely, I was not prepared for the overwhelming feeling of sadness that hit me as I walked out of the auction arena at the end of Sunday’s docket. (Sunday was the last day of the auction.) Not even running into the beautiful Kayla (sp?) from Barrett-Jackson and her adorable daughter could shake the sadness.

The aforementioned Kayla. Hey, I’m just a guy after all, pictures of hot cars and beautiful women. More of both will follow in the upcoming days.

I’m glad to be posting again, but I am still not sure about my posting schedule.

6 thoughts on “I Have Dreams, But I Live In The Real World”