Fifty years ago today the crew of Apollo 8 sent back this iconic picture of the Earthrise over the moon. The crew were the first humans to orbit the moon.

Today is the birthday of guitar virtuoso Jan Akkerman. His album “Jan Akkerman Live” has long been one of my favorites. Of course he first became “famous” as part of the group Focus, which released the hit single “Hocus Pocus.” That song features some amazing playing by Akkerman.

His music evolved to become softer and more acoustic. His ability remains undiminished.

Eighteen days before we leave for Arizona and the big Barrett-Jackson auction and no Avantis or Studebaker Gran Turismo Hawks are listed on the docket. Of course, if the stock market keeps tanking I might not feel comfortable about spending a large chunk of capital on a car purchase. Then again, you only live once. The number of Mustangs on the docket? I grew tired of counting at about 40; I would bet the number of Mustangs/Shelbys is in triple digits.

Only one car is in my sights as a potential purchase, but I thought this car was interesting: 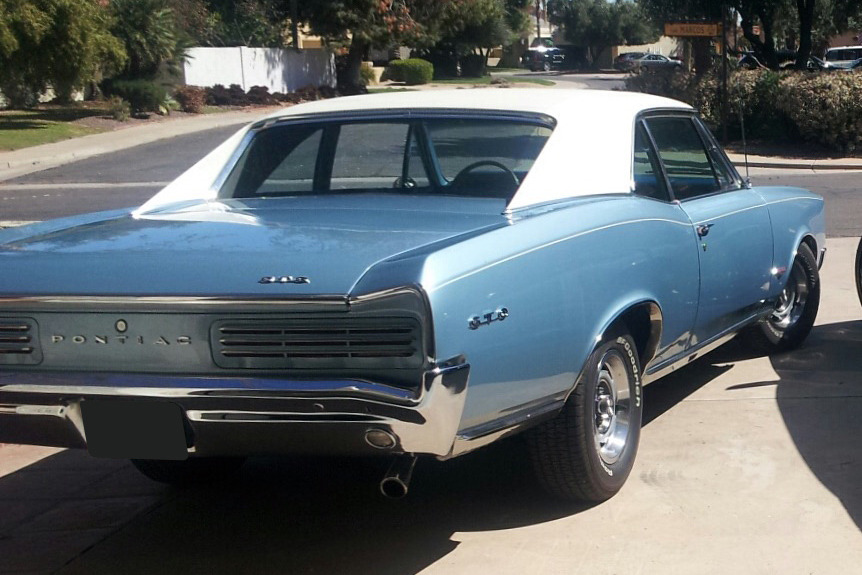 While I am not crazy about the white vinyl top, this 1966 Pontiac GTO is a restomod powered by a giant 505 cubic-inch V8 with a stated output of 550 HP/550 LB-FT of torque. It has a 200R4 automatic transmission. I have seen that same transmission (I think) listed as a 200-4R. Is it the same? Does anyone know?

Happy Holidays to all…