As a morning person (believe me, that’s something I could not have imagined happening 20 years ago), I am not a fan of winter and its late sunrises. Breakfast is MY meal and I like to eat it out of the house, but I do not see well enough in the dark to drive. Today, of course, is the first day of astronomical winter—the winter solstice (in the Northern Hemisphere). This means that the North Pole is tilted its farthest away from the Sun. Today also marks the end of declining length of daylight for the Northern Hemisphere.

How much of a morning person have I become? Once every summer I make a 5 AM trek to our “local” Wegmans to go grocery shopping. (Wegmans is the greatest grocery store/supermarket in history: by far, bar none, hands down.) The reason the word “local” is in quotes is because it’s almost 20 miles, one way, from our house. It is still our primary supermarket.

Although I will never have “warm and fuzzy” feelings about the Ford Motor Company because of the many despicable acts of the company founder, only a blind ideologue would not acknowledge the significance of the Ford Mustang. In many books, including the standard catalog of® books and the various American Cars encyclopedias by the Auto Editors of Consumer Guide®, the Mustang and its history are given its own chapter apart from that of the rest of the Ford company.

As best as I could estimate, almost ten million Mustangs (about 9.62 million to be a little more precise) were manufactured from its introduction in April, 1964 through 2017. The Mustang set an all-time record for first-year new model sales; from the introduction as a 1965 model year car in April of 1964 until the switch to the 1966 model year in August, 1965, almost 700,000 Mustangs were sold.

I agree with most auto “experts” in that the keys to the Mustang’s success were its styling and its versatility. For example, for 1968 model year Mustangs they were available with seven different engines ranging from a 115 HP, 200 cubic-inch inline six-cylinder to a 335 HP, 428 cubic-inch V-8.

The car did not end up as it was originally conceived. To wit: 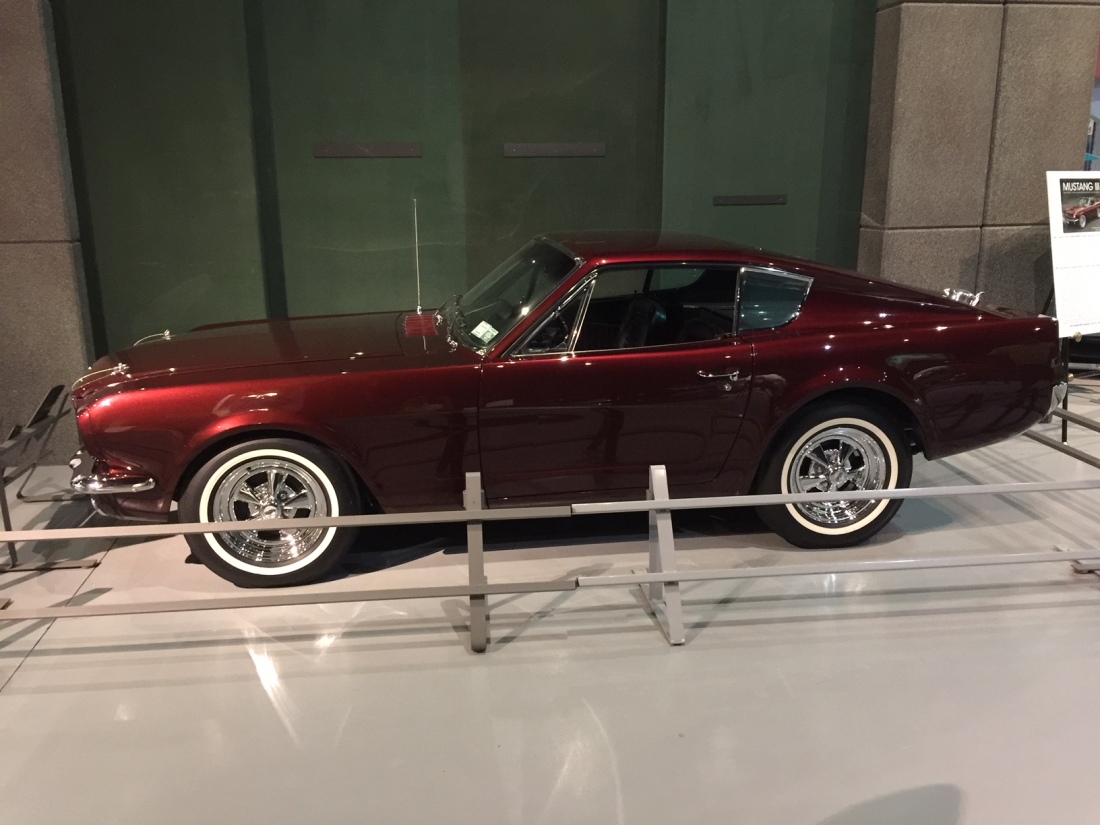 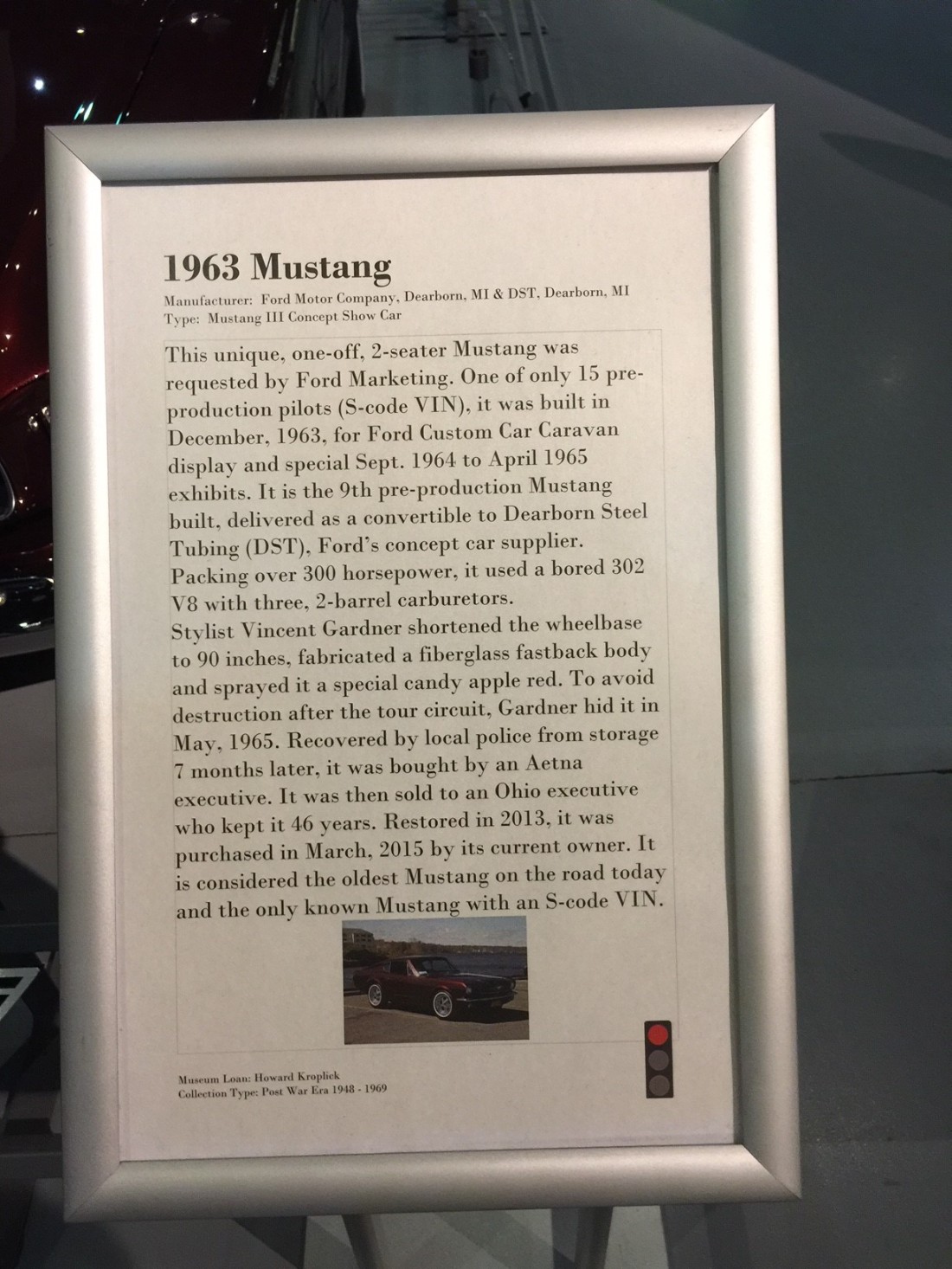 These are two photos I took at the AACA Museum in Hershey, Pennsylvania. As noted here, the first Mustang was this two-seat car built on a very small 90-inch wheelbase. Although the car solicited very positive feedback from those who saw it at various venues, “father of the Mustang” Lee Iacocca decided, “That’s sure not the car we want to build because it can’t be a volume car. It’s too far out.”

Ultimately, of course, the Mustang was designed with three body styles on the Ford Falcon platform. By far, the most popular of the three styles on the 108-inch wheelbase car was this:

From silodrome.com a picture of a 1965 Ford Mustang hardtop coupe. This style represented almost three-fourths of all Mustang sales for its first model year. When I was very young I had an affinity for the “fastback” coupe, but now my favorite Mustang body style is this one from the beginning of Mustang production through 1968.

Again from silodrome.com a picture of a 1968 “Bullitt-spec” Mustang fastback:

I have complained on this blog about what I consider to be the “excessive” number of Mustangs/Shelbys sold at auctions like Barrett-Jackson and Mecum. I know auction houses are at the mercy of consignors and potential buyers. I also fully appreciate the significance of the Mustang and its variants. I still would like to see more Studebaker GT Hawks and Buick Wildcats at auctions, but I’m not in charge even though I’d like to be, if just for a little while. 🙂

Does anyone want to offer their thoughts on the Mustang or automobile auctions? I’m all ears, or I guess in this venue I’m all eyes.