Yes, the screen messes up the photo somewhat, but once again I think it is a beautiful picture.

I meant to write about this event on December 4, which was the 30th anniversary of its occurrence. I was involved in it and here is a New York Times story about it. (I hope the page loads for you; it didn’t want to load for me this morning.) What is it?

During the 1988 Baseball Winter Meetings in Atlanta, while on the way down to announce the big trade of Eddie Murray to the Dodgers, many members of the Dodgers and Orioles organizations became stuck on an elevator. I was one of those people. Tommy Lasorda, famous Dodgers manager, was on the elevator as were Roland Hemond (Orioles GM) and Fred Claire (Dodgers GM).

Fortunately, it was a glass elevator so we didn’t feel completely claustrophobic. However, with 12-15 people in the elevator it became quite hot and the glass started to fog up. Someone wrote “Help” in the condensation. (The Times article claims 15 people were in the elevator; I don’t remember the exact number.)

The byline in the New York Times story includes Murray Chass’ name; Chass is a famous baseball writer. If he had actually been on the elevator his perspective would have changed. Tommy Lasorda’s language was beyond coarse and profane and the main target of his rantings was Chass.

Long-time baseball man Birdie Tebbetts was on the elevator; he was working for the Orioles as a scout at that time. Someone in the elevator remarked on what a story this would make. Birdie replied, “Yeah. I only hope they can quote us on it later.”

I am cynical by nature and people I don’t know have to earn my trust and respect regardless of their bona fides. Whether or not he was sincere I don’t know and never will, but Birdie Tebbetts seemed to respect me and my work. (If you hadn’t figured it out by now, I was working for the Orioles.) Birdie had been a player, a coach, a manager (he was Frank Robinson’s first manager; in 1988 Frank was manager of the Orioles and also in the elevator), a General Manager and a scout during his many years in baseball.

Previously Birdie had warned me about a high-ranking member of the Orioles organization telling me this person was “afraid” of me and my abilities and that I needed to “watch my back.” It is a virtual certainty this person played a role in my dismissal from the team in early 1994.

A tangential story from the same Winter Meetings, which were my first, by the way: I attended a banquet with Birdie Tebbetts. Before the banquet began he introduced me to a long-time baseball executive. I want to say it was Dan O’Brien, Sr., but I am not sure. Birdie went on and on about me, my “smarts” and called me a “genius.” The executive said, “Oh, I’ve always wanted to meet a genius.” To which I replied, “Good luck, I hope you meet one someday.” The two of them laughed hard; Birdie was still laughing ten minutes later after we were in the banquet room.

Back to the elevator…after 45 minutes we were finally freed. We were late to the press conference announcing the trade (Fred Claire joked that the entire trade had been changed during the time we were stuck) as other staff not on the elevator carried on without us.

When those of us who had been stuck on the elevator returned to our rooms, a chocolate bar, a flower and a note of apology had been placed on our pillows. One Orioles staffer was decidedly unhappy and threatened to sue the hotel. By the way, during the Winter Meetings that year a large flowerpot fell from the balcony outside a room on the 40th or 41st floor into the central atrium. It was just luck that no one was seriously hurt or worse.

More on Tommy Lasorda…much later I worked for the Dodgers as a consultant when a “Moneyball founder” became General Manager. Lasorda did all he could to undermine this person and, indeed, his tenure as GM was short. However, this person—like virtually everyone in baseball who claimed to be my friend and/or valued colleague—has abandoned me. Those of you who know baseball know the identity of this person and to the rest of you it doesn’t matter. It is yet another reason that I am a disaffected man, though. I can still out-think 99% of the population. My resume includes this statement by Bill James, “[His] analytical skills are surely in the top one percent of the population.” However, without a STEM degree, a Ph.D. or an Ivy League degree I don’t have the credentials to “validate” my ability. Bill James has told me that if he weren’t Bill James, he wouldn’t be working in baseball, either. Oh, I am not famous and I am WAY over 40. The insane obsession with credentials instead of people as well as age discrimination are VERY real in today’s America.

Postscript on the trade: of the 8 or 9 people with input I was the only one not in favor of the actual deal as consummated. I understood the reasons why Murray was traded, but was not satisfied at the return. Let’s just say that history has proven me right even though the Orioles had a successful 1989 season. A major trade cannot be evaluated on the basis of one season unless that season brings a championship. In 1990-91 the Orioles compiled a 143-180 won-lost record. The player received from the Dodgers who was the “key” to the trade for the Orioles did not turn out to be much of a player, as I predicted. I have never seen the movie Almost Famous and don’t know anything about it, but that title explains my life very well.

This article from Automobile Magazine is titled “Do You Really Need a Crossover or SUV?” The subtitle is, “Some folks do, but many more probably don’t.”  Here are some excerpts from this piece by Marc Noordeloos: “…I began to ponder on the white-hot SUV segment as a whole. Really, how can anyone get excited about an SUV?…herein lies the problem; in my view, buyers tend to spend more money and end up with a less of a vehicle when they go the crossover route. The sedan market continues to shrink but that’s really where the value sits. But it seems most people can’t get their head around the traditional four-door automobile these days.”

Of course—and I’m not knocking Noordeloos or Automobile Magazine; well, maybe I am a little—nowhere in the article is America’s obesity mentioned as a major cause of the massive shift to SUVs, crossovers and pickup trucks. Hemmings won’t publish my comments to that effect. HEY! Not acknowledging something doesn’t make it go away!

Anyway, I am entitled to my opinion even if it differs from yours. I mean, would you really rather have this: 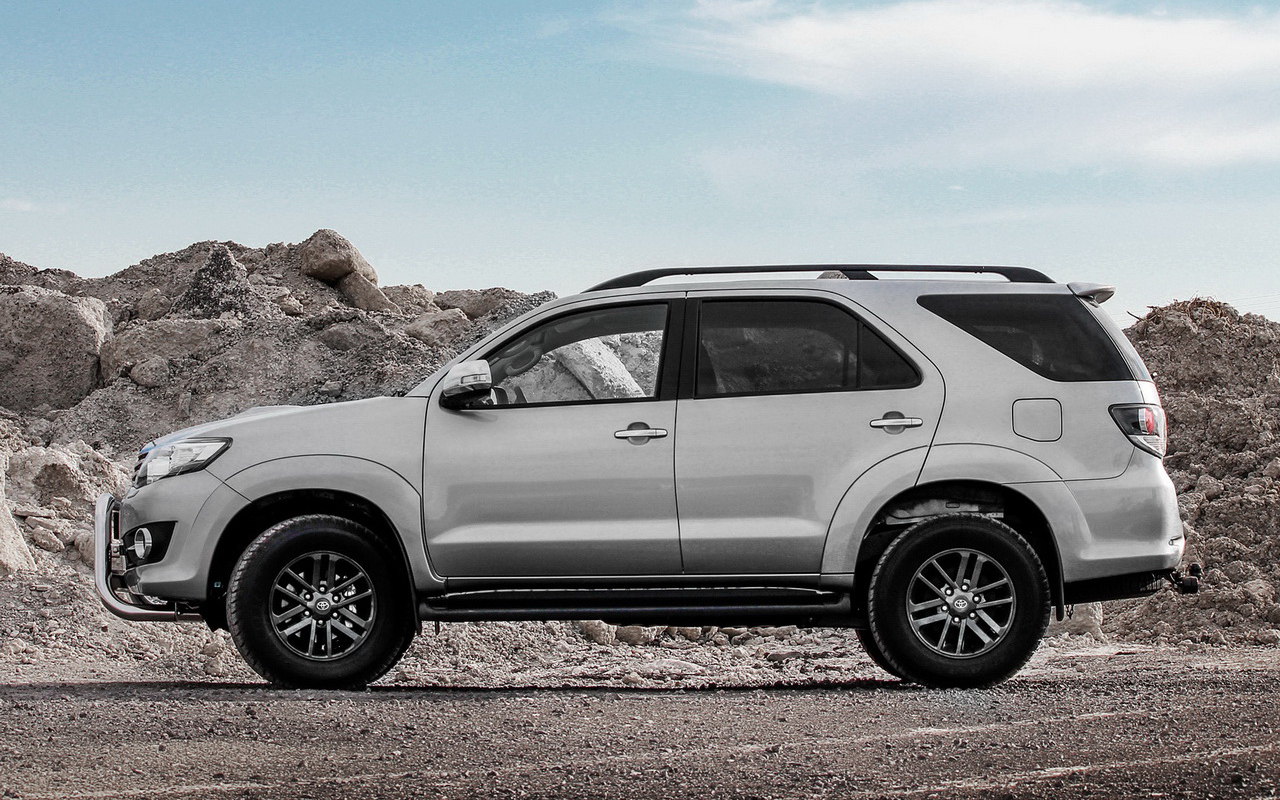 (from suvdrive.com a picture of some Toyota SUV) than this?

This is a picture of my wonderful wife’s 2015 Corvette taken on the day of purchase. To me, some of the “fascination” with non-car vehicles has to do with “Keeping Up With The Joneses”  in addition to an “Emperor Has No Clothes” syndrome. That’s my story and I’m sticking to it.

Another postscript to what those of us who were there simply call “the elevator story.” One of just two or three baseball people who make any effort at all to stay in touch reminded me that on the elevator was someone the Orioles had just hired as a scout, not long after he had been fired by the Dodgers. This poor guy spent the 45 minutes pressed up against Fred Claire, the Dodgers GM and the man who had basically fired him.

What I did remember about this guy is that he was genuinely claustrophobic and being next to the man who fired him no doubt made his experience especially awful. Another angle to the story: this scout begged the Orioles to draft Mike Piazza in like the 40th round or something. Piazza is from suburban Philadelphia, not far from Baltimore. Obviously, the Orioles didn’t draft Piazza.

2 thoughts on “Wake Up Wednesday”