With the “benefit” of hindsight it is apparent that my marvelous mom suffered from Meniere’s Disease as I do. That illness can create horrible vertigo attacks. While I have not had a code-red vertigo attack since I stopped working full-time (no coincidence) I do, on occasion, have dizziness. This morning I had such dizziness and my wonderful wife brought me Meclizine. After 15-20 minutes, the dizziness subsided.

Those who scoff at modern medicine (and there are many people who do so) fail to realize one fact. A person born in the US in 1900 had a life expectancy of 40 years. Today, even with Americans using too many drugs, too many guns, not exercising and not eating properly, US life expectancy is basically twice that number. The only two developments that explain the change are modern sanitation and modern medicine. My wonderful wife’s mother is alive today (and kickin’) because of modern medicine.

Two years after the Rays played in the World Series I was basically out of baseball. When they called to let me know they would not be renewing my contract (the call was on Friday, October 15, 2010) they offered to make recommendations to other teams. My response? “The fact that you’re not renewing my services will speak much more loudly than any recommendation.”

NO ONE will ever be able to convince me that I deserved to lose my seat at the table. NO ONE who knows me well thinks I’m obsolete. A World Series ring? If baseball’s “Golden Boy”—for whom I was a mentor and influence—were a mensch and not a taker he might have ordered such a ring for me as a token of appreciation. In one of my favorite movies, Midnight Run, Charles Grodin’s character says, “There’s good and bad everywhere.” To which Robert DeNiro’s character replies, “There’s bad everywhere. Good I don’t know about.”

I believe I have written that if you read this blog you should read the comments. In the comments for C8, Wait! Steve Dallas offered the expert opinion that the 12-volt electrical systems used in cars today—and, I might add, that have basically been used since the 1950s—are no longer adequate for powering all of the devices used in automobiles. Some have described modern cars as nothing more than computers with wheels.

Well, this article from CorvetteBlogger.com asks if the C8 is going to have a 48-volt system. More from that article:

“Since the 1950s most vehicles have operated with a 12V electrical system and battery which provided plenty of starting power for most vehicles. Today’s vehicles are more power-hungry and ‘more juice’ is needed to start and run the new electronic systems as manufacturers have replaced previous mechanical-driven components with more efficient electrical-powered components including power steering racks, electric brake vacuum pumps and electric water pumps to name a few. Then you have all the new infotainment options as well as creature comforts like heated or cooled seats, lane departure warnings, and even adaptive cruise control systems that need to be powered as well, and you can see how a 12-volt system could be in danger of being maxed out.

The alternative to the 12V system that most automakers are going with are 48V systems which provide more than enough electrical power through the system. Not only does a 48V system have the juice to handle the new electronics, but they can also offer the ability for more performance and fuel economy savings. In fact, 48V systems are described as ‘mild hybrids’ because the alternator is replaced with an electric generator to provide the additional electrical power. As more of the mechanical components can be converted to electric systems, that means less parasitic power loss to engines which improves fuel economy, reduces emissions and increases power.

One article we read touts Audi as using a 48V system in conjunction with an electrically powered supercharger which boosts power at low engine speeds without the lag of an exhaust-driven turbo is known for, while a lithium-ion battery in the trunk recaptures energy from regenerative braking. When the ZR1 first came out, we learned the massive supercharger draws about 100 horsepower from the engine. Think about the power that could be gained if more mechanical systems could be off-loaded to an electrical power system.”

While it is now too late in the life cycle of the internal combustion engine for this to happen, I have often wondered why valves weren’t actuated electronically instead of through cumbersome and power-robbing chains and gears. Lift and duration could be changed with the touch of a button and one wouldn’t have to slog through the ordeal of changing the timing gear and chain and then hope that everything is back to top dead center.

I hope the issues that are delaying the C8 Corvette are resolved swiftly and completely. In the meantime, a gratuitous picture of a Corvette of my favorite vintage: 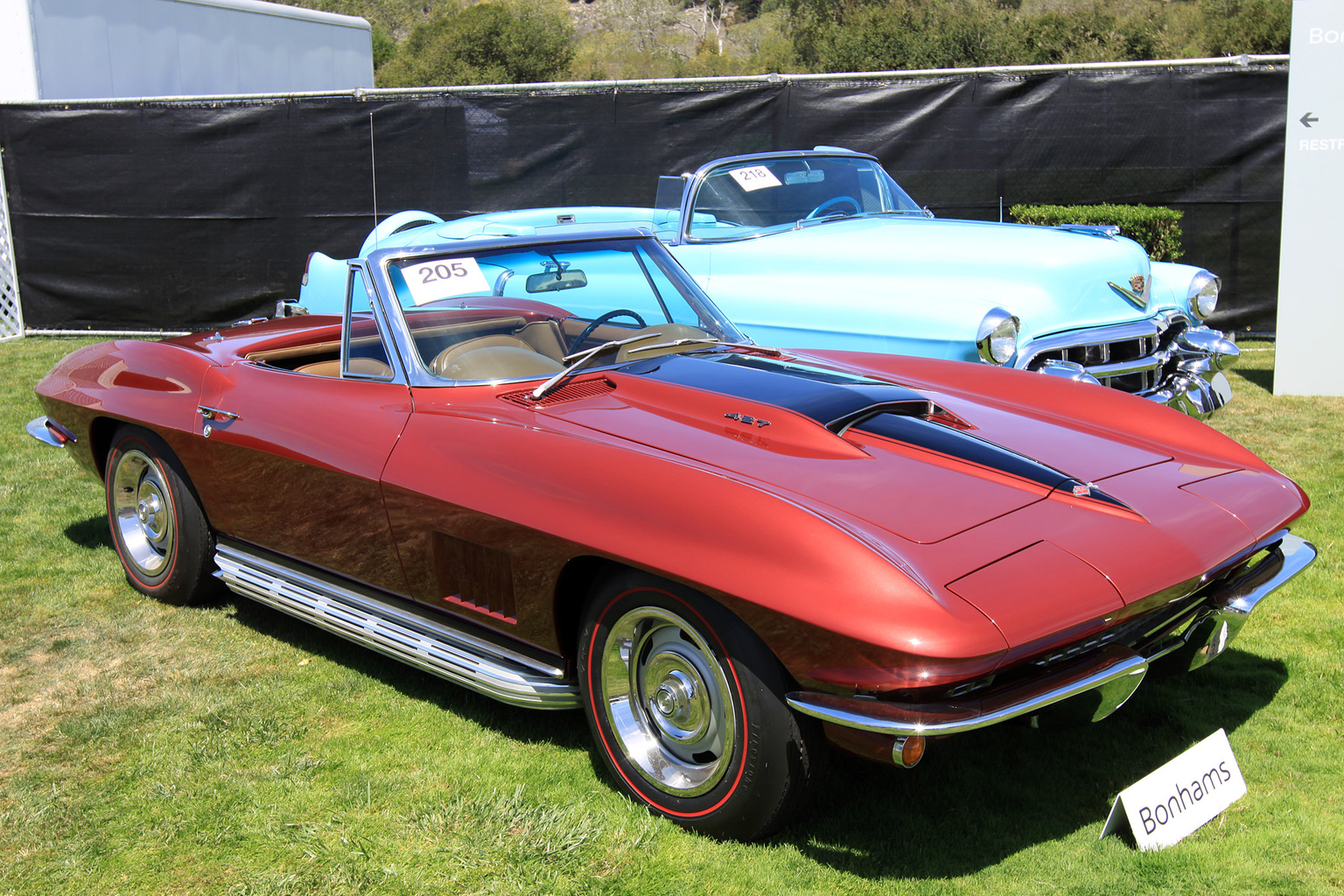 From supercars.net a picture of a 1967 Corvette that is obviously a convertible and, just as obviously, is not “wearing” the auxiliary hardtop.

9 thoughts on “Tuesday Tales Out Of Turn”