This is just one source (from autoguide.com) for the story that the debut of the C8 Corvette will be delayed at least six months to correct electrical issues that have revealed themselves during testing. “Sources” have indicated that the C8 development team found that the vehicle’s electrical system can’t carry enough load to support all of its components. Of course, the engineers are doing what they can to fix the problem, but that requires not only finding a solution but working with suppliers to find parts that can be provided at scale.

Better the problem is found now rather than after the car is released to the public—GM has a horrible history of using customers as beta testers, especially in the 1980s—but this is a blow to Chevrolet and to GM. If the C8 introduction had been “scheduled” for New York in April, then six months pushes it back to at least October. Oh well…

My wonderful wife and I have both been the victim of a bug recently, almost certainly a virus. She seems to be further along in recovery; I still don’t feel well. It is possible, although not probable, the answer for me lies in the results of blood work with the sample having been taken last week. Of course, I still don’t have any results. My previous doctor, of the concierge variety, kicked me out of the practice SIX years after I stopped paying the retainer and after assuring me he would continue to see me as a patient. My current doctor’s practice is based in a large hospital and his staff seems incapable of doing anything well.

In my opinion the US public sector/private sector hybrid model of delivering health care gives us the worst of both. It is also my opinion that the US “lag” in life expectancy has nothing to do with delivery of healthcare, but has to do with opioids and other drugs, guns, lack of exercise and awful diet. I have read that if one starts at age 65—which eliminates many/most of those who engage in careless, dangerous, and unhealthy behavior—people in the US have the same life expectancy as people living in other developed countries. 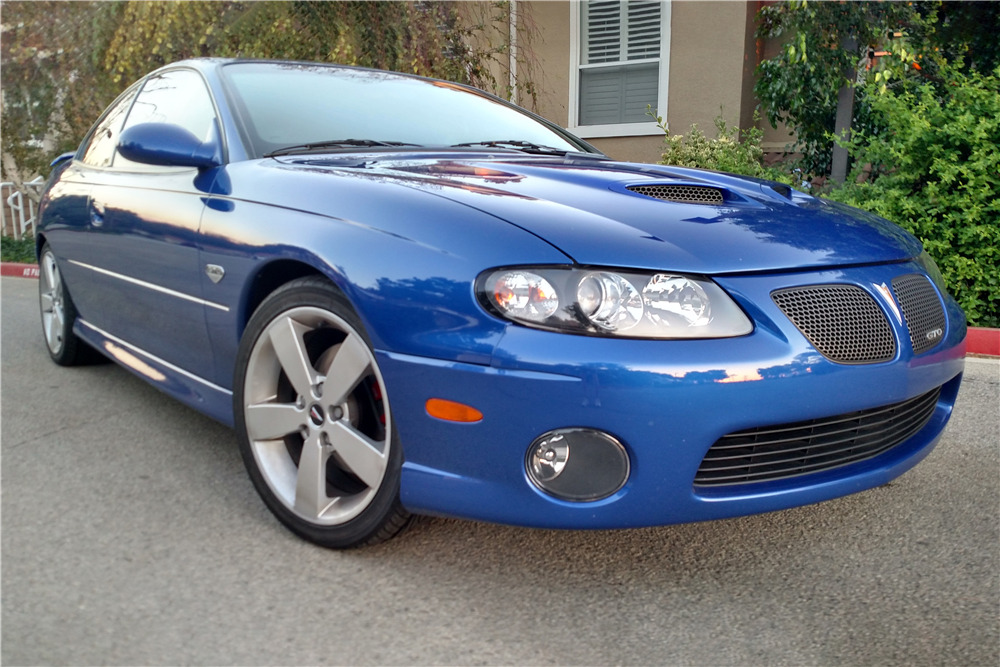 From the Barrett-Jackson website (I hope this picture and those of the 1965 Corvette restomod don’t disappear in a month or two) a picture of a 2006 Pontiac GTO offered for sale.

This generation of GTO was actually an Australian car, the Holden Monaro, re-badged and tweaked for the US market. Holden was a subsidiary of General Motors. The car was a commercial failure and most have put the blame on the styling, which was considered as “blah” and uninspiring. It might seem shallow, but good looks can sell a car and bad looks can sink a car.