We are all aware of the famous saying that beauty is in the eye of the beholder. However, and I don’t care how politically incorrect this is, not all eyes are created equal.

About what car did noted designer and builder Chip Foose say this, “To be honest with you it’s an ugly car.” (Condolences to the Foose family after the loss of Chip’s father.) No ambiguity exists in that statement. Any guesses? He made the statement during an episode of Overhaulin’. Does that help? OK, here is the car: 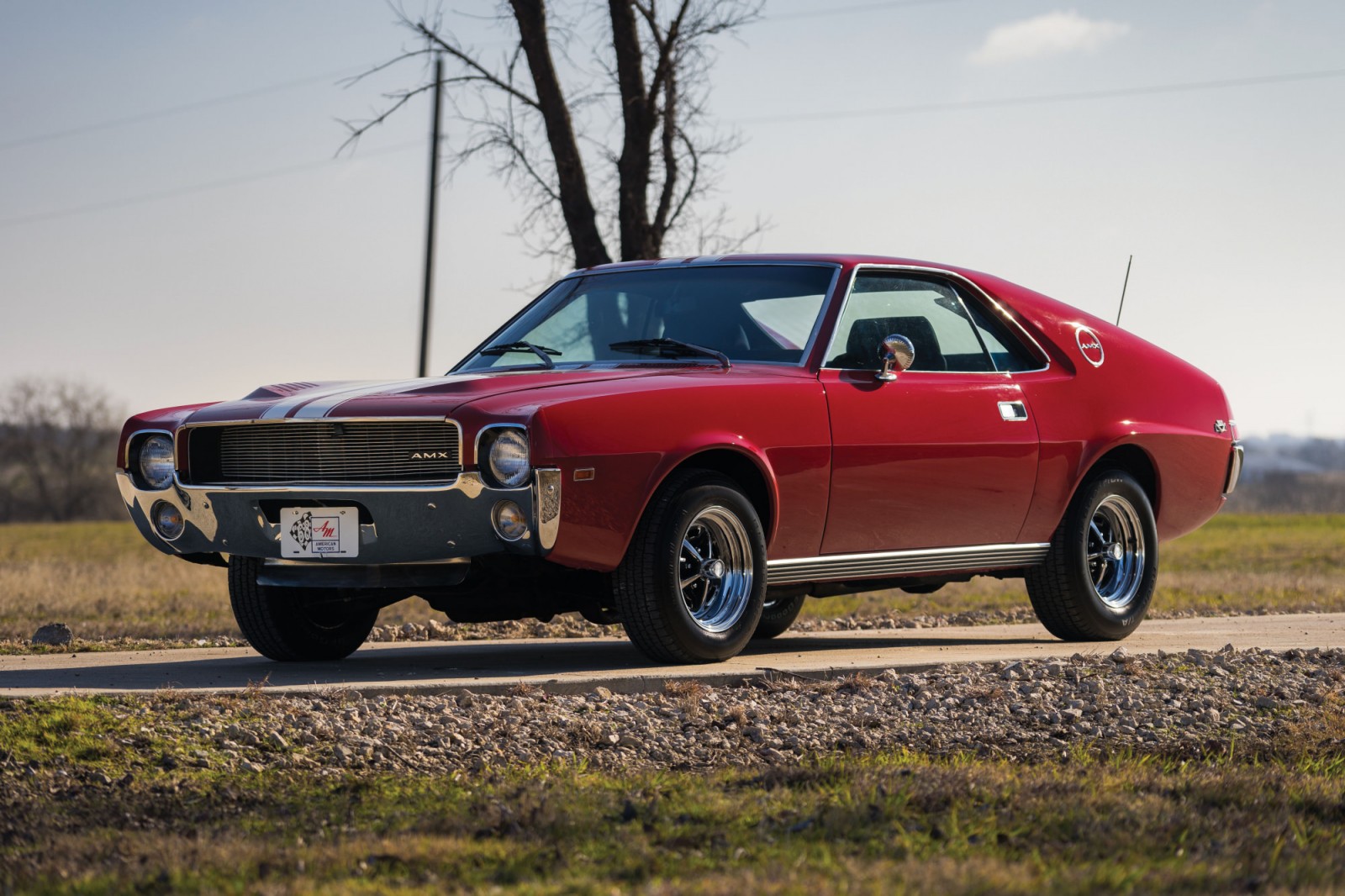 That us a picture of an AMC AMX. The object of Foose’s objection, and mine as well, is the chunky, stubby C pillar. From a Pinterest site here’s a picture showing how Foose tried to “negate” the C pillar: Foose actually called the car “chunky” or “stubby” at one point in the episode. His credentials are beyond question.

I have written and firmly believe that balance is a key to the success of most endeavors and that includes automobile styling. In my opinion, the C pillar of the AMX pulls the design out of balance as it is too dominant a feature. This is my objection to those cars with giant clown wheels that are “slammed” to the ground; those cars are out of balance.

I am not criticizing the engineering of the AMX. Given American Motors limited resources the AMX was a fine car to drive and did well in racing. One AMX finished second in the 1969 Sports Car Club of America B class championship. However, I am often reminded of Ed Welburn’s comment: “If two cars have equal technology, then the better looking car wins.” (Welburn was GM’s Vice-President of Global Design from 2003 to 2016.)

The AMX was not a commercial success. In the three model years (1968-1970) that it was a true stand-alone model only about 19,000 were sold in total and 1970 sales were only about half of the 1969 figure. “AMX” became a trim package of the Javelin although some American Motors aficionados insist the AMX remained a separate model. However, in none of the automotive reference books I own (and I own A LOT of these books) is the AMX referred to as a separate model after 1970.

I already know what my wonderful wife and Carl P. think; they both love the AMX exterior design. What about the rest of you? Please feel free to disagree with me or with them as I welcome honest, thoughtful comments.

2 thoughts on “Eye Of The Beholder”