Is it really December, 2018?! Time flies whether you’re having fun or not.

My condolences to the family and friends of George H.W. Bush. Someone I hired for his first full-time job in baseball had opportunities to interact with President Bush and had nothing but wonderful things to say about him.

No excusing Kareem Hunt’s actions, but I am surprised the Chiefs released him. I am also reminded of something I tell people about my time in baseball: except for their ability to play baseball, most baseball players are entirely unremarkable people. I suspect that applies to football players as well.

The AACA Museum in Hershey, PA has a new exhibit entitled LAND YACHTS: Postwar American Luxury Convertibles. My wonderful wife had the day off yesterday (her company is very generous with PTO) so we made the long drive to Hershey to see the exhibit.

My two favorite cars in the exhibit were parked next to each other right in the lobby by the front door. 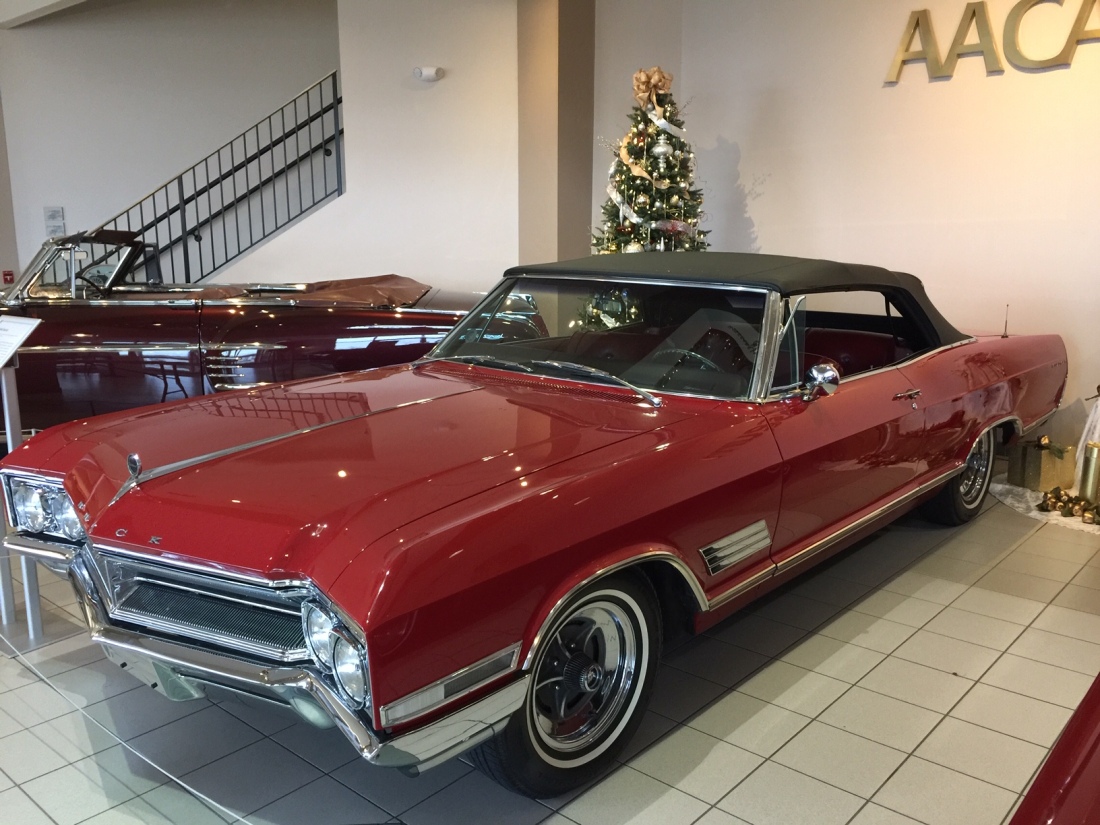 I don’t know how much the picture conveys, but in person this car looked just stunning to me. By the way, despite the fact that this is a two-door model it is 220 inches in length, more than 18 feet. Buick produced about 5,400 Wildcat convertibles in 1966 in both regular and Custom trim.

My other favorite of this exhibit is this 1954 Packard. My (insane) obsession with defunct American makes is well-known to regular readers of Disaffected Musings.

1954 was the year of the Packard/Studebaker merger that, ultimately, contributed to the demise of both companies, IMO. Perhaps 56packardman would like to weigh in about this topic. This was also the last year that Packard offered an inline 8-cylinder engine. The undersquare (bore<stroke) motor displaced 359 cubic inches and was rated at 212 HP/330 LB-FT of torque. The Packard-developed Ultramatic automatic transmission was used.

Only 863 of these cars were produced and Packard only produced about 31,000 cars in total for 1954, of which about 23,000 were the “plebian” Clipper. This was a very poor year for Packard as 1953 had seen about 90,000 cars produced of which about 64,000 were Clippers. By the way, I am only counting finished cars and not chassis. Packard built about 500 chassis in 1953 that were bodied by another company.

I firmly believe that if one is a car enthusiast they should support the hobby in any way they can within their means. My wonderful wife and I are AACA Museum members, despite the fact that it is a schlepp to drive there and back.