Last night’s Chiefs-Rams game lived up to its hype and then some. Out of all of the amazing plays in the game I thought Samson Ebukam’s “pick-six” touchdown for Los Angeles was the most amazing. Hopefully, you can see it here. Kansas City becomes the first NFL team to score 50+ points in a game and lose. I thought the Rams were over aggressive late in the game, which resulted in the Chiefs having two late possessions, but the Rams held on.

I think both teams’ defensive deficiencies will probably keep them out of the Super Bowl, but a Chiefs-Rams rematch would sure be fun to watch. About five years after the Colts left Baltimore I adopted Kansas City as my favorite AFC team, primarily because of Neil Smith and Derrick Thomas. My interest in pro football pales in comparison to just five years ago and the Ravens are my favorite AFC team, but I guess I will have a soft spot for the Chiefs as long as I have any interest in the NFL. 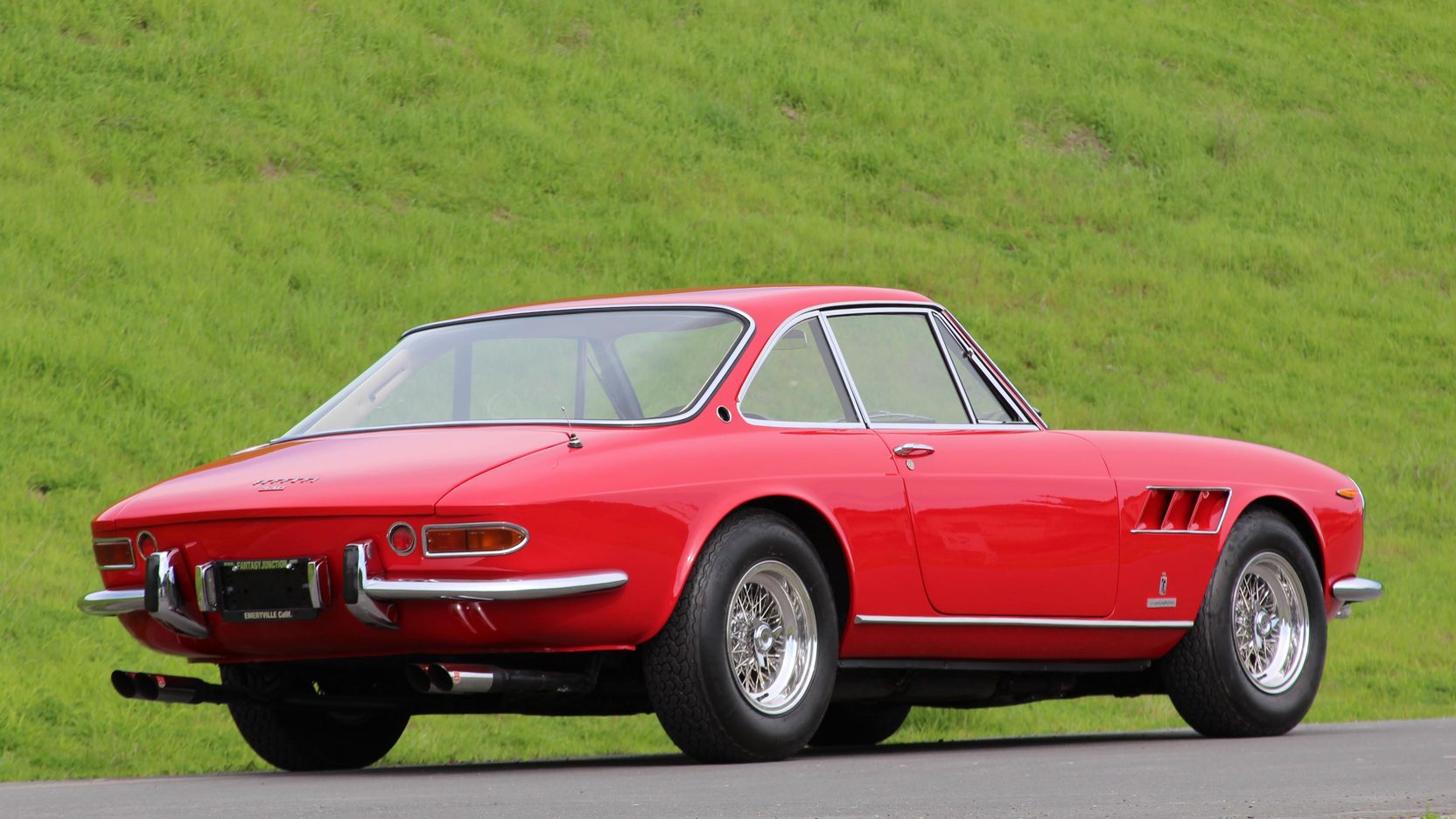 A picture of a 1967 Ferrari 330 GTC that was among the lots offered for sale at the Mecum auction at Kissimmee, Florida in January, 2017. That automotive shape says “Wow!” to me in a big way.

If you are a regular reader of Disaffected Musings you know about my adoration of the De Tomaso Longchamp and the C2 Corvette. You know that my dream C2 Corvette and my intended restomod build will be a C2 convertible, but with the auxiliary hardtop welded in place to create a coupe-style body. I just love coupes with a long hood/short rear deck, A and C pillars that are not obtrusive and the combination of a linear design with just the right amount of curve.

Hemmings currently has three non-auction 330 GTCs listed for sale for which the listings include photos. The asking prices are very close, between $625,000 and $689,000. Hey, what did you expect? I seriously doubt I will ever own a Ferrari, but this one would sure look nice in the garage.