Indulging myself to the max…

A rear 3/4 view (sort of) of a 1963 Chevrolet Corvette coupe, the legendary one-year only Split Window. I took this photo at Corvettes at Carlisle this year.

The 1963 model was the first year of the second-generation Corvette or C2. Other than the introduction of a coupe version, many changes separated the C2 from the C1. The main change is that the new chassis (with a shorter wheelbase) had independent rear suspension as opposed to the solid rear axle of the C1 Vette. 10,594 coupes and 10,919 convertibles were produced for the 1963 model year, the first year with total production over 20,000. The 1963 model year is the only one in the C2 (or “mid-year”) generation where the coupe has a higher value than the convertible. Obviously, that is due to the one-year only production of the split-window rear. Four different versions of the 327 cubic-inch V-8 were available with the top HP rating being 360 on the fuel-injected version. 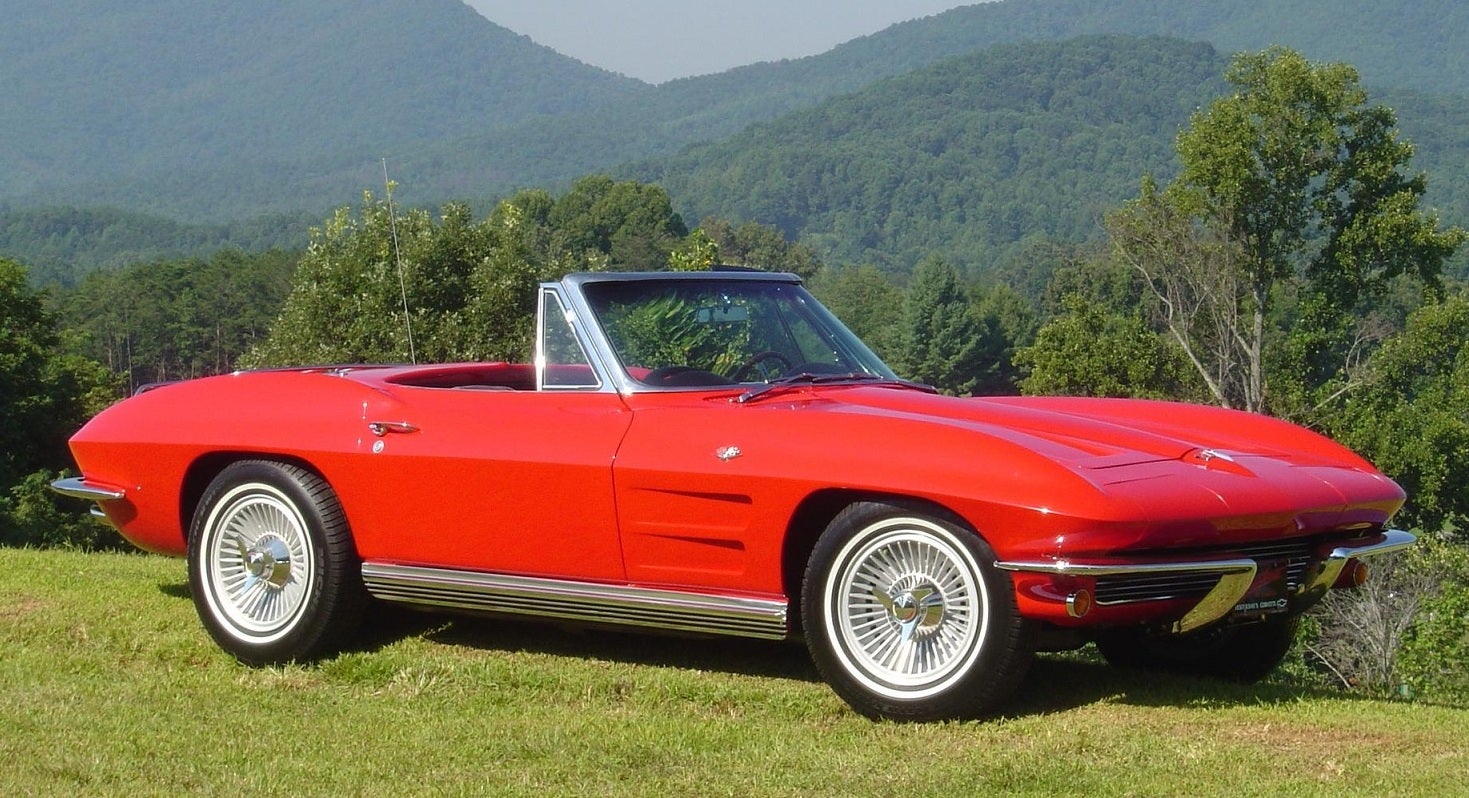 From cargurus.com a picture of a 1964 Corvette convertible. These are the least valuable C2 Corvettes. The fake air vents that appeared on the hood of the 1963 were removed, but the indentations are still there. The “scallop” vents behind the front wheels are the same as on the 1963 model.

From motor1.com a picture of a 1965 Corvette. This was the first year a big block engine was available and the only year that motor displaced 396 cubic inches. 1965 was the last year for the original fuel injection system that was first available in 1957; fuel injection would not return to the Corvette until 1982. This was also the first year that four-wheel disc brakes were standard. 8,186 coupes and 15,378 convertibles were produced. The variety of available features for the 1965 make it a very desirable car for many Corvette aficionados. 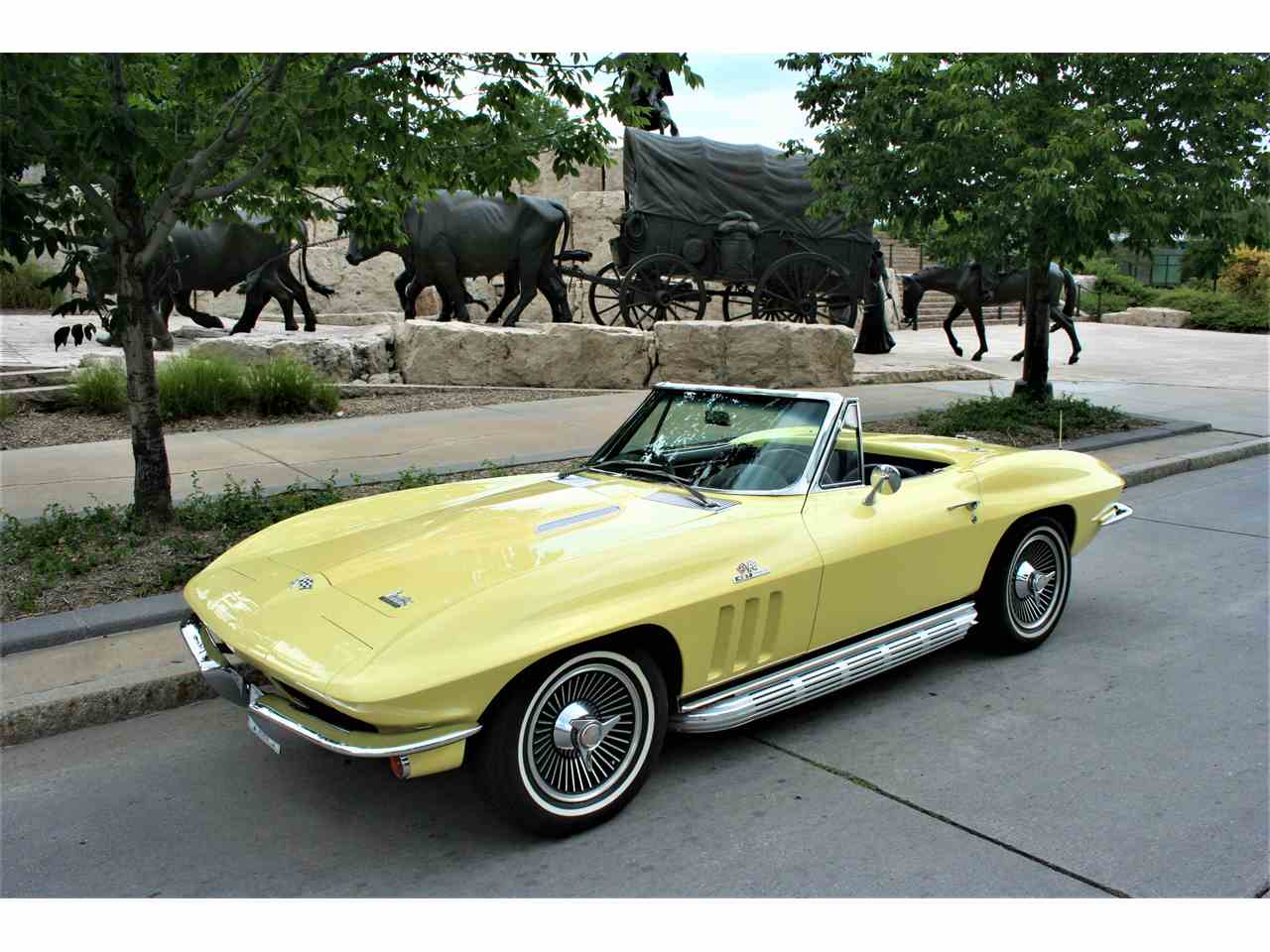 From ClassicCars.com a picture of a 1966 Corvette, obviously a convertible. This color was called Sunfire Yellow. I am a little color-blind and don’t share the obsession with the exact color names that many Corvette fans have. 9,958 coupes and 17,762 convertibles were produced; 1966 was the best-selling year for the C2 Corvette.

Both of these cars are 1967 Corvette convertibles. The top photo is one I took at Carlisle while the bottom photo is from corvettestory.com. Like many Corvette fans the 1967 is my favorite of the C2 generation and is simply my favorite American car ever. The C3 was supposed to debut in 1967, but production issues pushed the introduction back one year. 8,504 coupes and 14,436 convertibles were produced for the ’67 model year. In total, 45,546 coupes and 72,420 convertibles were produced for the entire C2 generation lasting five model years.

If I have my way my restomod will be based on a 1967 model year car. I am probably a long way from actually driving the completed automobile, but who knows? If I tried to use the Internet to obtain crowd-sourced funding, do you think I could actually raise any money?