My condolences to the family of Paul “Dr. Z” Zimmerman. The legendary football writer died yesterday almost 10 years after suffering a series of strokes that left him unable to write and to walk. Zimmerman’s The Thinking Man’s Guide To Pro Football was perhaps the first look at the intricacies of the game explained for the football layman.

I very much enjoyed his column on the Sports Illustrated website and still miss it even 10 years later. Zimmerman was a no BS person and could be argumentative, but he was sincerely argumentative unlike the contrived conflict in today’s media.

For C/2 and Philip Maynard a look at a car from the “Dearborn Car Company.” If I am to be honest I was tempted to use this post to lay out mounds of evidence of how despicable was. However, I decided this was neither the time nor the place for such an endeavor. 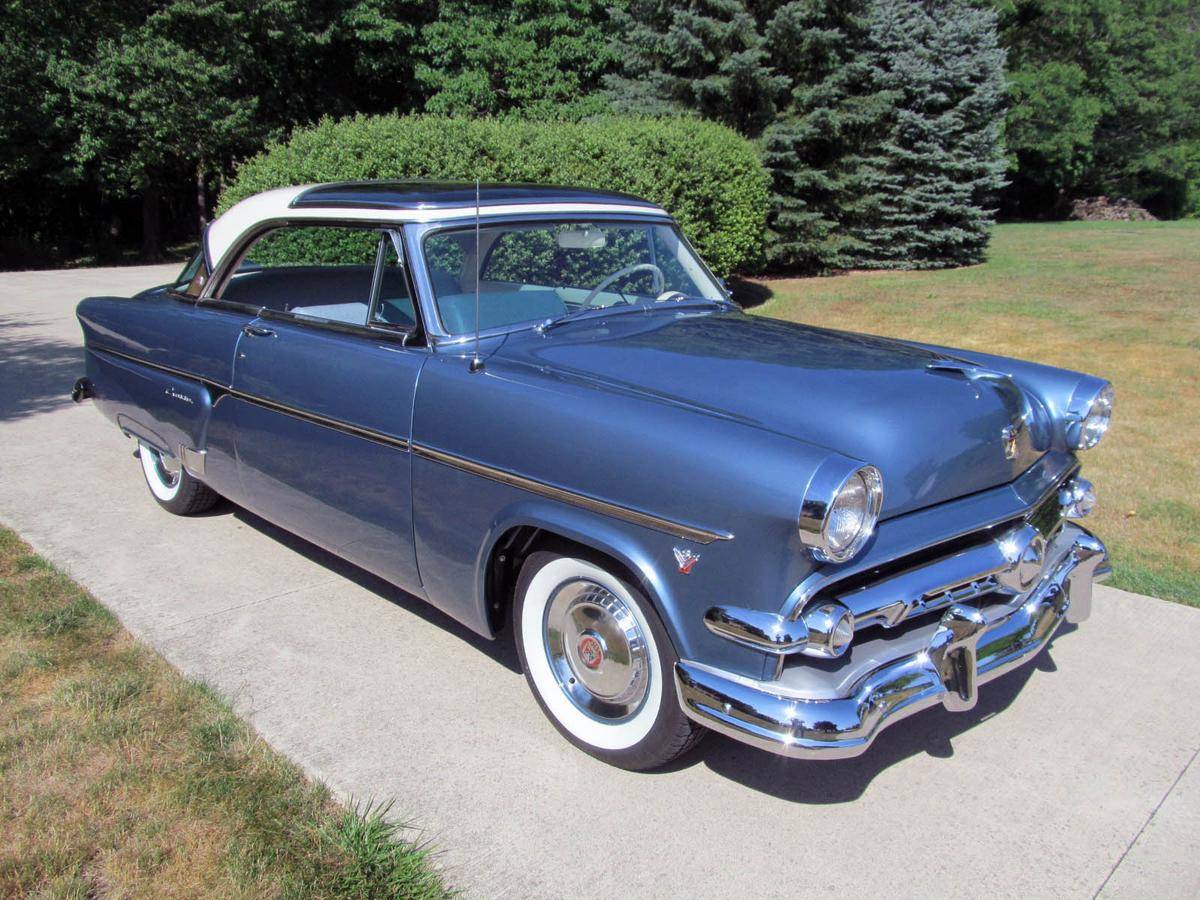 From Hemmings a picture of a 1954 Ford Crestline Skyliner. I don’t know if you can tell, but the front half of the roof is actually made of Plexiglass. In a way, this was a forerunner of today’s sunroofs/moonroofs. The Plexiglass was tinted green in an effort to cut down on glare, but the inside of the car would get very hot on sunny days. (An aside: if you are a car aficionado you should read Hemmings and/or subscribe. The Hemmings site is the homepage of my desktop browser and I check it multiple times a day.)

1954 was an important year for Ford Motor Company in that it was the first year Ford offered a modern, overhead-valve V-8 to replace the famous flathead V-8 that had been produced since 1932. The new engine was also modern in that it had oversquare, bore>stroke, dimensions. That type of engine gives up a little low-end torque in exchange for higher RPM, more HP and less wear per stroke on the engine. Ford’s modern V-8 was introduced five years after a similar engine by Cadillac and Oldsmobile, but one year before Chevrolet’s legendary small-block V-8. I imagine Ford did this on purpose, but the displacement of the new V-8 was the same, a compact 239 cubic inches, as the flathead V-8 displacement had been since 1946.

I think that for the era the styling of the Crestline was clean and crisp and the car has a handsome design. This exterior styling was introduced in 1952.

It seems a shame to me that Ford is basically abandoning the American car market. Conditions can change and no one really can predict the future of the market.

Greetings to all of the Aussies who are reading Disaffected Musings today!