As I wrote here, Friday doesn’t have the same meaning for someone like me who is (involuntarily) retired as it does for someone in a full-time job. Well, of course, neither does Monday. In all of my non-baseball office jobs I dreaded Monday. As I keep writing virtually nothing in life is all good or all bad; everything is a trade-off. As I have also written, the fact that someone with my skills and experience cannot find a meaningful and fulfilling work situation is not a good sign for America, even if it’s just a sample size of one. I don’t even want to work full-time, but I would relish a part-time or consulting role in which I can use my combination of analytical and communication skills to help a company make decisions.

I have written about Patrick Mahomes, the starting quarterback for the Kansas City Chiefs, a couple of times. Between fatigue and the rerun of a Mecum auction I missed almost all of last night’s Chiefs-Patriots game, which apparently was one for the ages. Since I didn’t watch maybe I shouldn’t comment, but 1) the fact that the Chiefs came back to take the lead at Foxboro bodes well for them and 2) NO penalties against the Patriots is very suspicious to me. It is well-known that the Chiefs’ defense is suspect, but I think the Patriots’ defense is not that good, either.

I have no idea why Disaffected Musings already has dozens of views today, supposedly all from Canada, from very few unique visitors. It’s actually a little disturbing because it seems like a prank or even like a hack. ALL blog hosting platforms should understand that bloggers have no control over what strangers do. Since the beginning of this month the number of views/visitors for Disaffected Musings has increased dramatically, for which I am grateful, but that increase seems organic unlike today’s activity.

A shout-out to Lee Iacocca who is, hopefully, celebrating his 94th birthday today. Iacocca is one of the most significant figures in the history of the American automotive industry. For all that he accomplished, he will probably always be most associated with his role in bringing this car to market:

From silodrome.com a picture of a 1965 Ford Mustang. While I am tired of seeing an endless parade of Mustangs/Shelbys at car auctions I do appreciate the significance of the car. I have recently developed an affinity for the hardtop coupe (pictured above) of the first generation Mustangs up through 1968.

From autoevolution.com a picture of a rendering by a Korean company, KKS Studios, of the upcoming C8 Corvette: 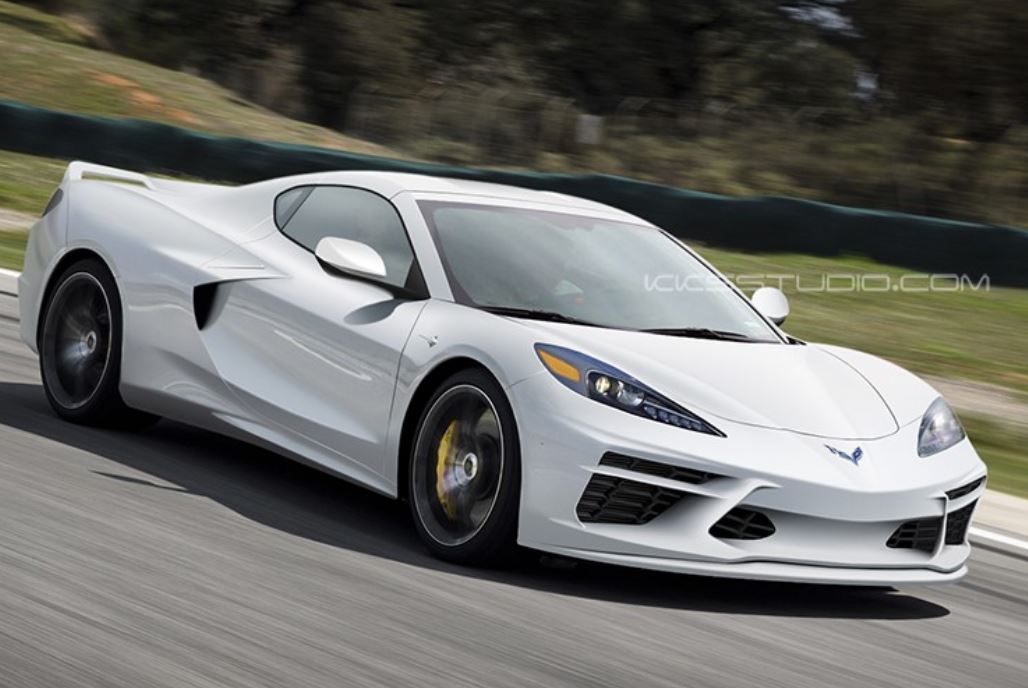 A lot of Ferrari 488 in that design as the autoevolution article points out. So many drawings and renderings have emerged regarding the C8 Corvette that it’s almost too many, almost. I still think the C2 Corvette (1963-1967) is the best looking American car ever (yes, I broke the moratorium which lasted 18 days) and with a restomod I can get a C7 in performance that looks like a C2. In any event, here’s hoping that the C8 will debut early in 2019.