Having declared my preference for Ferrari over Lamborghini I thought I would start with something I found amusing in this article from Automobile Magazine. The article is about being able to drive the Ferrari Portofino for one week. Here is, once again, the Portofino: 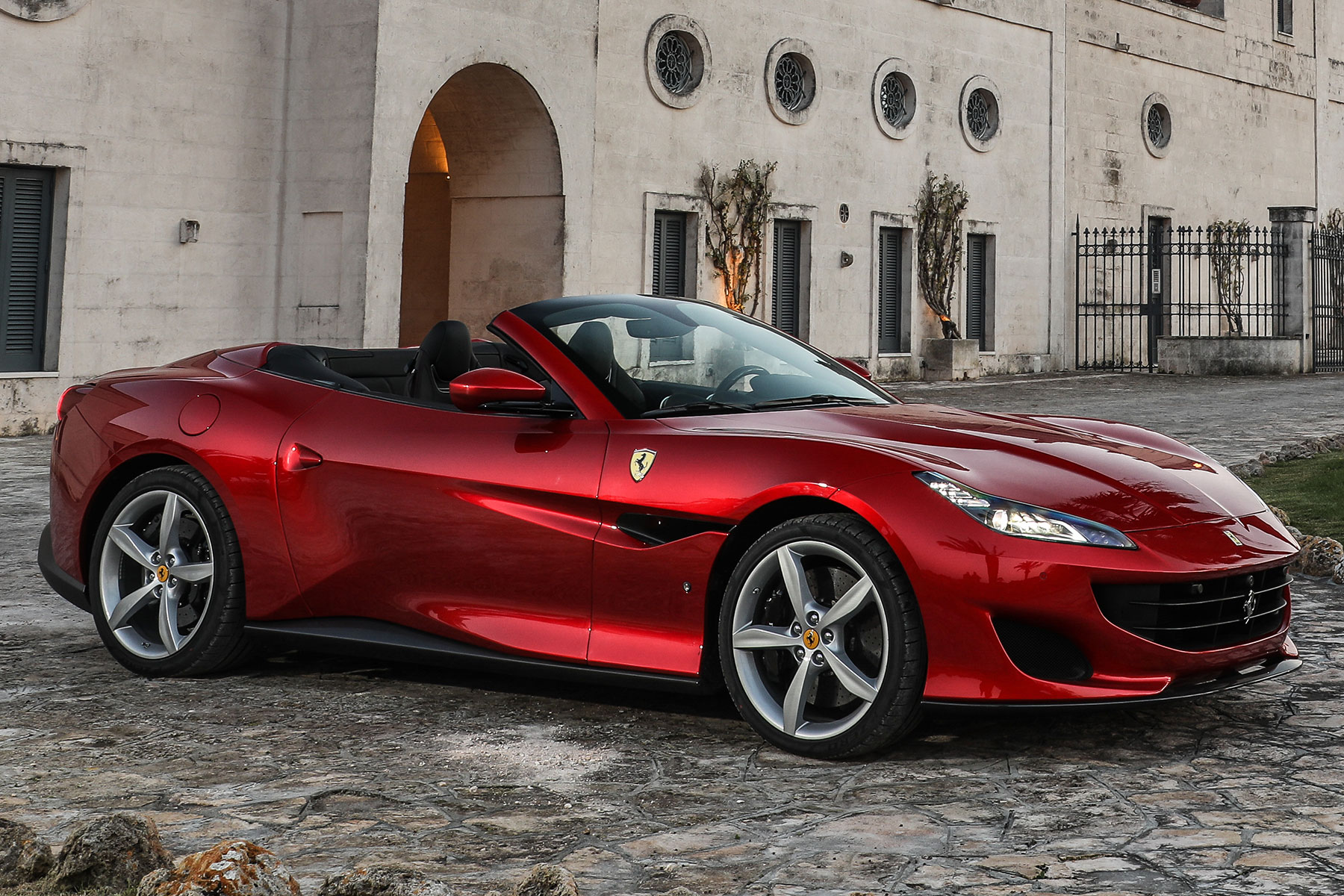 From motoringresearch.com a picture of a Ferrari Portofino. This excerpt (Edgar shout-out!) is what I found amusing: “At a stoplight, one guy in a big SUV looked down into the open Ferrari and offered: ‘Let’s trade. You can have my truck. And the three kids in back. And my wife.’ His wife was in the passenger seat. She did not appear to be laughing.”

The predecessor to the Portofino, the California, was in my first Ultimate Garage as well as my wonderful wife’s. I apologize if I write too much about Ultimate Garage for your tastes, but I will offer the second version at some point in this blog. (A real tangent: I struggle with prepositions. “In” or “On?” “For” or “To?” Maybe that struggle results from the fact that English was not the only language I spoke growing up and that my parents were not from the US.) I would also like to show readers’ Ultimate Garages so please feel free to submit yours. Maybe I’ll even use one of them as a post if it’s written well enough.

The Portofino is the “entry-level” Ferrari. The base MSRP is just north of $200,000, but it’s easy to push that closer to $300,000 with options. I think Ferrari is one of the very few car makers who can get away with charging $4,000+ for Apple Car Play. In the Automobile Magazine article the test car, which had many options, had an MSRP of almost $270,000. More Americans than you can imagine can afford a Ferrari. About 2,500 of them were sold in the US in 2017. By comparison Lamborghini, which makes fewer cars than Ferrari, sold about 1,100 cars in the US last year.