For reasons unknown I have been thinking about our most recent trip to Europe. Maybe it’s because I want to make at least one more. In any event, we spent nine days based in Luxembourg City, Luxembourg. Of all of the places I’ve visited in Europe (I think I’ve been in six different countries there), Luxembourg is the one I enjoyed the most. This picture helps to explain why:

I took this picture in the Grund section of Luxembourg City. I mean, c’mon…what a beautiful scene. Luxembourg City is traversed by two rivers (the Alzette and Petrusse) that cut the city into “sections.” It is a very clean and beautiful city and the people were very polite.

The country of Luxembourg has three official languages (French, which is the de facto #1 language, German and Luxembourgish); English and Portuguese are also spoken widely. I understand written French a little bit, enough to interpret the menus for my companions, but one can get by with English.

From Luxembourg one can easily visit France, Germany and Belgium. I would not set foot in Germany although I could have taken 50 steps on a bridge over the Moselle River from Echternach and been in Germany. We did travel to Belgium and to France; one of our stops was the lovely town of Arlon, Belgium where we saw this in the town square:

We were there very near to the 70th anniversary of the liberation of Arlon by American troops. People who have never had their life or their freedom threatened, for no reason, by their own country or by an invading country can’t possibly understand the terror. (My parents felt that terror.) People who complain that they can’t afford to buy their child an expensive pair of sneakers should just shut up.

Maybe some day I/we will return to Luxembourg, but if that doesn’t happen the memories will never disappear. 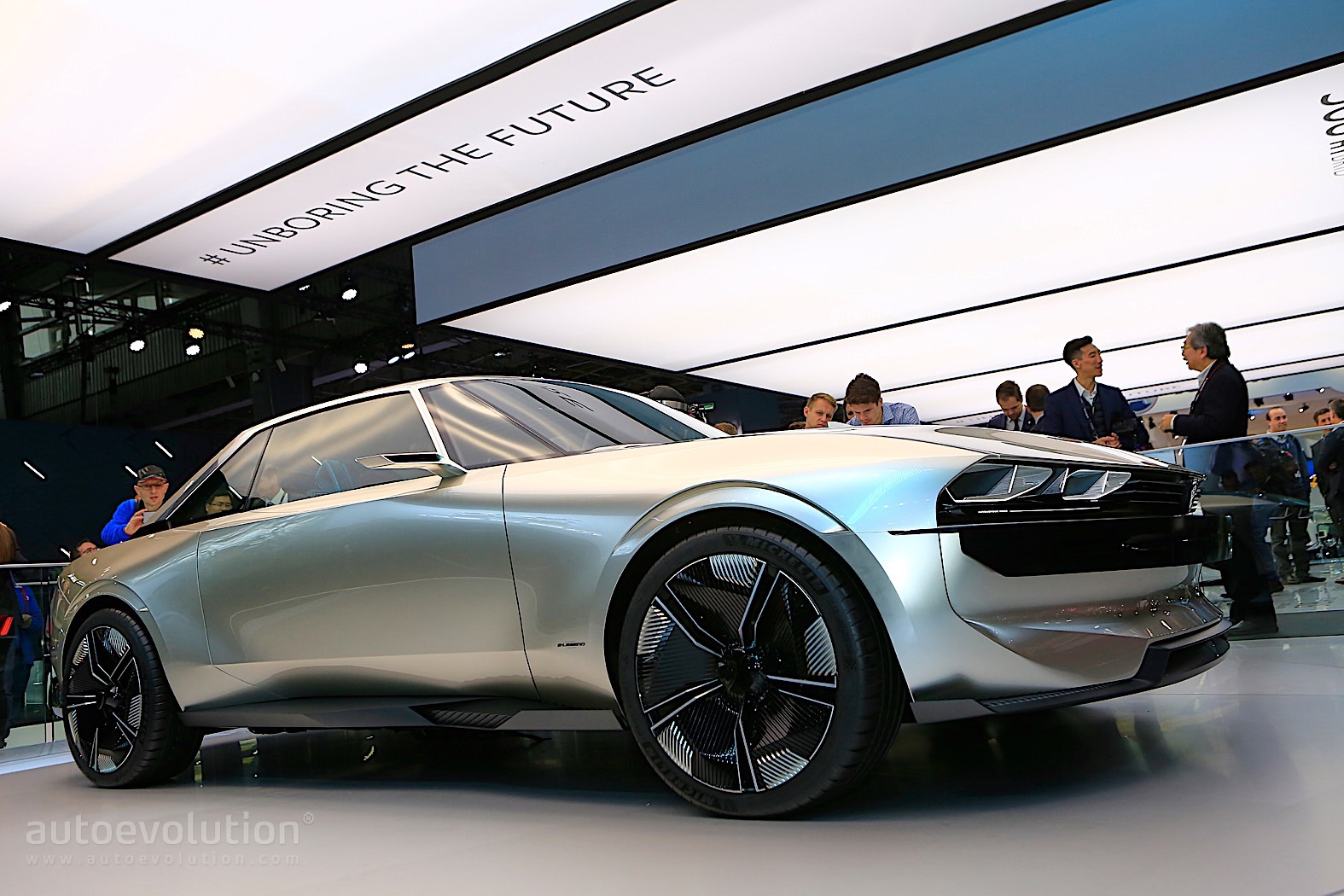 Obviously from autoevolution.com (that’s not a copyright mark next to the name; it’s a trademark symbol) a picture of the Peugeot e-Legend concept car shown at the Paris auto show. You know me, the first thing that grabs my attention about a car is its looks. I think this car looks amazing. Given the name it’s obviously a fully electric car. Peugeot claims the car will accelerate from 0-100 KM (62 MPH) in under 4 seconds, which is very quick.

Peugeot has not sold cars in the US or Canada since 1991 although it does sell cars in Mexico. It is not legal to bring Peugeot cars into the US from Mexico.

Peugeot is one of the oldest automobile companies in the world. The company was founded in 1810 as a manufacturer of bicycles and coffee mills (!). The company built their first car powered by an internal combustion engine in 1890. The Peugeot line is, in my opinion, one of the most varied in the world as they still build sports and luxury cars in addition to “everyday” cars and commercial vehicles. Here is another Peugeot that you couldn’t buy in the US although it was available in much of the rest of the world:

So many cars, just one life…