Some 9/11 stories not intended to disrespect the memory of those who lost their lives and/or who were heroic in their actions:

– My amazing niece was under one of the World Trade Center buildings riding the subway just minutes before the first plane hit. I believe that people who refuse to acknowledge the huge role that luck plays in our lives are blind and/or stupid.

– My wonderful wife and I saw the Pentagon on Saturday, September 8, 2001. We were in Washington, DC as I was engaged in research on the book that received all of the accolades from the Wall Street Journal. I was supposed to go from DC to Canton, Ohio to the Pro Football Hall of Fame in order to do more research. According to the HOF website, they are only closed for Christmas, but access to the HOF library is by appointment only. However, when I tried to make an appointment for September 11-13 (I tried to make the appointment months before), I was informed that the library would be closed for an employee event. Therefore, I was home relatively safe and sound on September 11.

– The son of someone with whom I had worked while with the San Diego Padres was killed in the attacks. He worked for Cantor Fitzgerald in the World Trade Center.

Whose car is this?

From corvetteblogger.com comes this story about the owner of a 1967 Corvette who went to court to prove that his car was authentic and that a Canadian car with the same VIN was a fraud. From the article:

“Robert Bonanno of Florida considers his vintage Corvette to be the authentic one and has been trying to make Saskatchewan Government Insurance give him the name and address of the owner of a Sting Ray registered with the same VIN in Saskatchewan.

Actually, the Saskatchewan Information and Privacy Commissioner told SGI in March 2017 that the name and address should be given to Bonanno, but the insurance company did not comply, citing privacy reasons under Canada’s The Freedom of Information and Protection of Privacy Act.

That non-compliance eventually forced attorney Bryan Shook of Shook Legal, which is representing Bonanno, to take the case to the Court of Queen’s Bench, which ruled Aug. 31 in Bonanno’s favor.

Bonanno found out about the duplicate VIN while showing his Corvette at a car show in Florida but believes the owner of the other Corvette doesn’t know his vehicle is a fraud.

‘We believe the present owner of the cloned vehicle … he or she is an innocent bystander,’ said Shook, a vintage car law specialist. ‘The car was created many years ago, probably 20 years ago.'”

Can you imagine that? <end slight sarcasm> Even the system designed to “guarantee” proof of ownership is not infallible. Neither human beings nor their institutions are perfect. I don’t know why people insist otherwise. 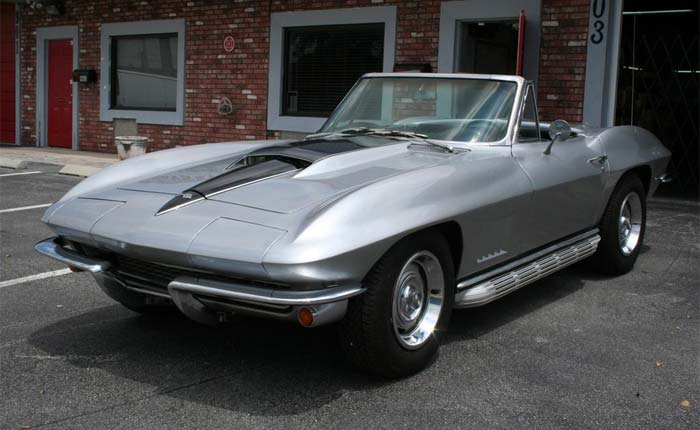 From corvetteimages.com a stock photo of a 1967 Corvette.

Long-time friend and Disaffected Musings reader Carl sent a link to this article featuring this car:

Picture from likeit.info…you might be able to recognize this as a 1972 Javelin AMX. This car has been HEAVILY modified by Ringbrothers, a famous car modification company. The engine is a Mopar Hellcat V-8 that has 707 HP stock, but Ringbrothers added a HUGE Whipple supercharger, which along with some other modifications gives the engine 1,036 HP.

Not to sound like I have a case of sour grapes, but where in America can you really use a car with that much power? This is more of an academic question than a judgmental one.

What do you think about this Ringbrothers car? If money were no object, what type of car would you have?