Despite the fact that I worked in major league baseball for multiple teams for 20+ years, I no longer follow the sport at all. Why? Well, to be a little crude: baseball divorced me and I don’t give a s**t what my “ex-wife” is doing.

I have been a football fan for 50 years, but for many reasons I care less about the NFL right now than at any other time in a long time. I was born and raised in Baltimore, grew up as a die-hard Colts fan and was at the Colts complex that snowy night in March of 1984 when the team sneaked out of town. (That’s another story for another day.)

Paradoxically, I have also been a Packers fan since the early 1970s, probably 1972. The Colts and Packers were bitter conference rivals, but that rivalry predated my interest in football.

I was living in California when the Ravens were “born” and had season tickets for the first six seasons of their existence. As I have never lived in the home TV market of the Ravens (or the Packers) I have subscribed to NFL Sunday Ticket since 1998. Yesterday, the first Sunday of the 2018 NFL season, after the Ravens opened a 33-0 lead over the hapless Bills I didn’t watch any more football, but not necessarily by choice. It’s true I had no interest in any of the 4 PM games (and that was unthinkable five years ago), but I had intended to watch the Packers-Bears game.

My messed-up physiology had other ideas. Probably as a manifestation of my Meniere’s Disease, I developed a combination migraine headache/vertigo attack, took some meds and wound up asleep very early. So, I missed the Packers game and Aaron Rodgers’ heroics.

Former NFL quarterback Phil Simms has described Rodgers as, “The greatest thrower of the football in the history of the National Football League.” It’s impossible (unless you’re a Bears or Vikings fan) to really criticize Rodgers for any aspect of his play. Those more knowledgeable than I say that Rodgers has a tendency to eschew “sure” passes early in a play and that trait has positive and negative effects on the Packers.

Others criticize Rodgers for having won “only” one Super Bowl championship. Well, Trent Dilfer has more Super Bowl rings than Dan Marino. Does that make Dilfer a better quarterback? Championships are TEAM achievements, especially in football where so many players participate in every game.

The actual severity of Rodgers’ injury last night is known only by him and the Packers’ medical staff, but my tip of the hat to Aaron Rodgers for his remarkable second-half performance in the Packers’ win. Go Pack Go!

How do I tie a car photo to the Packers? I wrote about Nash last week; Nash was based in Kenosha, Wisconsin. American Motors Corporation, formed when Nash and Hudson merged, continued to manufacture cars at Kenosha until its takeover by Chrysler in 1987. From barnfinds.com here is a picture of a 1964 Rambler American 440H manufactured by American Motors: 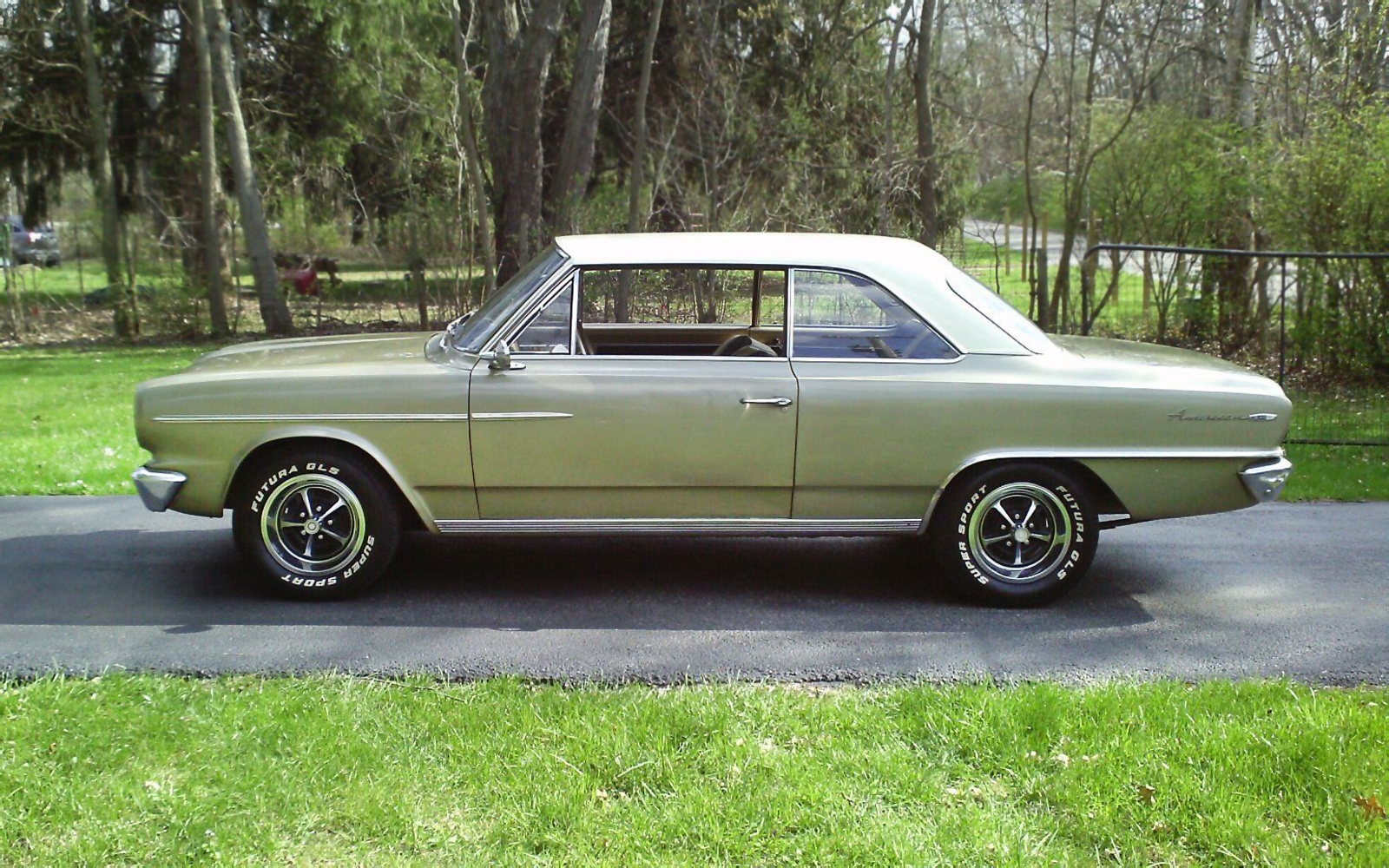 That’s quite a handsome car, in my opinion. My fondness for the AMC Javelin is a matter of public record.