I don’t feel that way, just thought it was an interesting post title. Why do I blog? Why does anyone blog?

A very small percentage of bloggers make an enormous amount of money. Some bloggers receive 50,000-75,000 page views a day! (My total number of page views in 7+ months of blogging on WordPress is fewer than 10,000.) However, I don’t think most bloggers start out because they want to make a lot of money, but I admit that’s just a guess.

I blog because I enjoy writing and I am a good writer. Sorry if that sounds immodest (well, not really), but false modesty is also supposed to be a sin. Remember, I wrote a book that the Wall Street Journal said was the best book of its kind ever written. I once wrote an article for one of Bill James’ books (yes, I am dropping his name again). Before I wrote it, we had agreed on the fee he would pay. After receiving the article, Bill sent me a check for more than the agreed upon amount with a note saying, “I only had to change one word in the entire article and I defy you to find the change.”

In today’s Facebook/Instagram/Twitter/text world, writing is a skill that is much less in demand than in previous generations. I keep reading that “content is king” and that websites are desperate for good writers who can create good content. Well, I don’t really see many manifestations of that, but I admit my Internet favorites list is very small.

If you were to start a blog, what would you write about?

Beware of your sources, I guess. One book, that shall remain nameless, lists tomorrow (August 19th) as the day in 1958 that the last Packard was built. Other sources, however, list July 13th or July 25th. Of course, for Packard purists the last “real” Packard was assembled on June 25, 1956 (I hope that date is correct). For the 1957 and 1958 model years Packards were just badge-engineered Studebakers. Packard and Studebaker merged in 1954.

From commons.wikimedia.org a picture of a 1956 Packard Caribbean convertible. Compare the magnificent looks of that car with this 1958 Packard Hawk, an obvious copy of the Studebaker Hawk series: 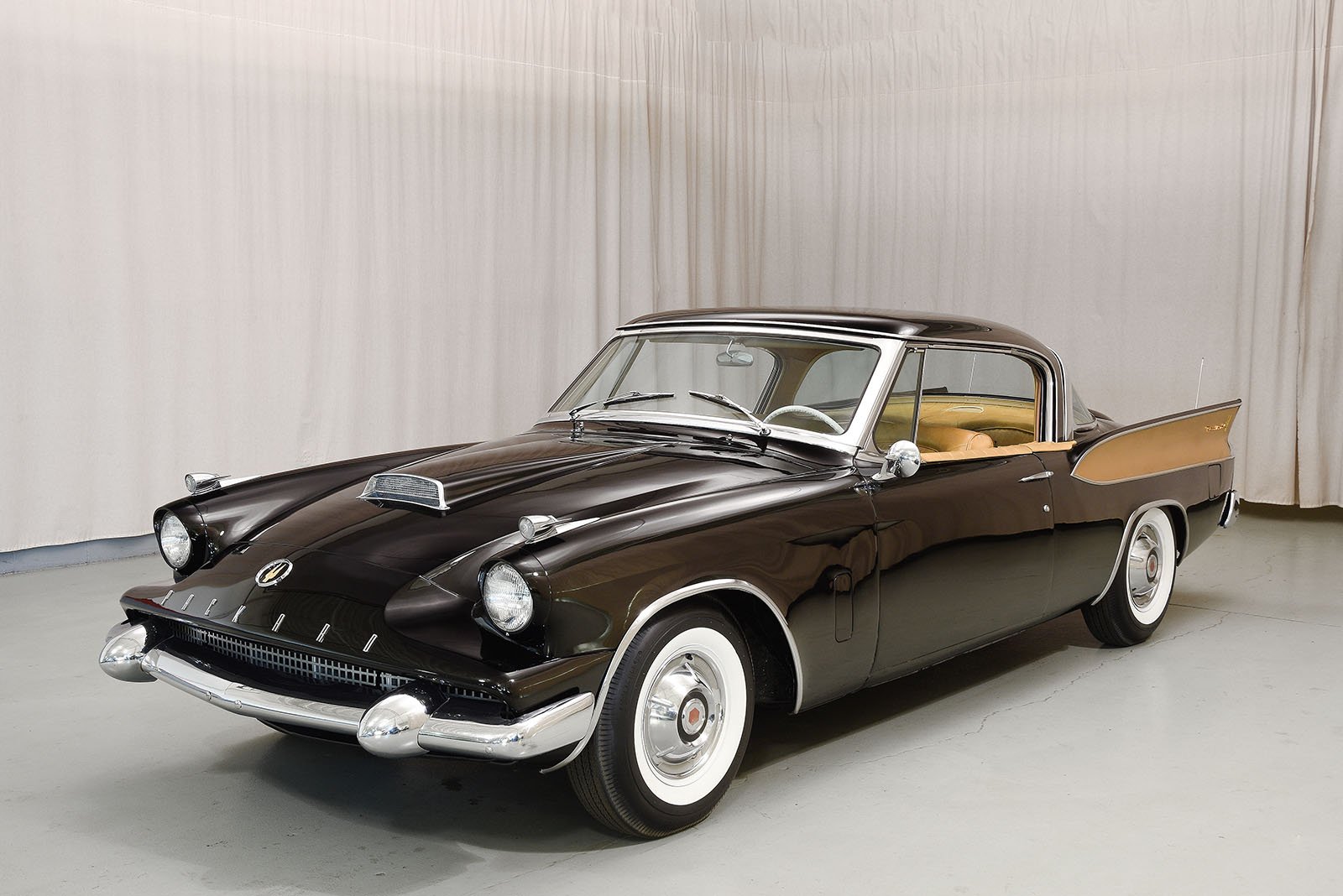 (From hymanltd.com) The infamous “fishmouth” grille (not to be confused with the “Frogmouth” episode of the Flintstones, a really inside joke) makes one wonder what was the state of mind for the designer(s) who drew it.

A famous advertising slogan was for Packard, “Ask The Man Who Owns One.” A book with that title—obviously about Packard advertising—was written by Arthur W. Einstein, Jr. Believe it or not, I don’t own the book nor have I read it. I suspect those facts will change shortly, however. This blog, 56packardman.com, is not exclusively about Packards or automobiles, but the masthead photo shows a beautiful 1956 Packard 400.

Whatever the actual date, the last Packard of any kind was manufactured 60 years ago this year. Once again, I will express lament at the loss of so many car makes while acknowledging the inevitability of same.

One thought on “I Blog Therefore I Am”