Something must be wrong with me. (What else is new?) Yesterday I learned that WeatherNation is being removed from DirecTV. That news made me more than a little sad. (The “extreme” reaction is why I wrote that something must be wrong with me.) I like the fact that WeatherNation focuses on the weather and only the weather. They don’t have so-called “reality” shows nor do they preach about the world.

An aside: “reality” TV is nothing of the sort. The TV camera is not an unobtrusive observer of real life. Most of these shows were specifically created for television. The participants are acutely aware they are being filmed and the producers/directors shoot much more footage than is shown so they can edit the footage to create story lines and tension.

It is called show business, after all, and not show charity. These “reality” shows are much less expensive to produce than traditional TV. With the total fragmenting of the TV audience, costs matter.

Anyway, I will miss WeatherNation. I probably watch(ed) it 2-3 times a day for 5-10 minutes at a time. I guess I’ll have to see if the replacement, AccuWeather, is worth watching at all.

From this commentary on CNBC by Dr. Michael Ivanovitch:

“Some countries continue to ignore the rules of international trade adjustment, enshrined in the International Monetary Fund’s original Articles of Agreement, and in constant calls by the Group of 20 (the world’s main economic forum) for a balanced global economy.

Countries like China, that have a huge trade surplus, will have to reckon with that. Alleged obstructions to market access and violations of intellectual property rules are only part of the problem.

An equally serious issue is that countries with large and systematic trade surpluses are also running inappropriate economic policies. By deliberately producing much more than they are consuming — and dumping huge excess supplies on the rest of the world — the surplus countries are, by design, export-driven economies living off their trade partners.

That’s why the architects of the post-war global economic system introduced symmetric trade adjustment rules applying to surplus and deficit countries alike. Under those rules, surplus countries have to stimulate growth through domestic means — such as household consumption, public spending, residential investments and business capital expenditures — rather than exports.

By doing that, they are expected to boost import demand, reduce their external surpluses and offset restrictive economic policies in deficit countries to keep the world economy growing.

Beijing knows that. Its huge surpluses on U.S. trades have a depressive impact on the American economy (they are a subtraction from the U.S. GDP growth, [remember from this post, that in the simple Keynesian model of Aggregate Demand, it’s X—exports—minus M—imports, if M>X, which is the case with a trade deficit, then that’s a drag on GDP]), but they serve as a big stimulus to the Chinese economy (they are an addition to China’s GDP growth). Clearly, there is no win-win here.

China’s rhetoric to portray America’s trade complaint as anything but legitimate is propaganda.”

I disagree with some of Ivanovitch’s assessments, such as the global balance of payments needs to be zero. I think, by definition, that it is zero. Moreover, if in the course of unfettered trade and economic development some countries become net exporters and others net importers, then so be it. However, just because the US is a wealthy nation doesn’t mean that it has any obligation to simply give away its wealth.

I disagree with the current Administration’s approach to trade issues. I don’t think you punch your negotiating partner in the face first and then engage in serious negotiations. Tariffs are NOT the greatest and prolonged trade wars are not beneficial for the world economy. However, the US has allowed itself to be taken advantage of in trade and that is not beneficial for the US economy.

The Administration misstates the trade deficit, by the way. The “$800 billion” is only in goods and not services. The US has a trade surplus in services. For 2016, the total US trade deficit in goods and services was about $500 billion, or about 2.7% of an $18.6 trillion GDP.

From Hemmings comes a listing for this car that really intrigues me (I hope they don’t mind my showing photos like this): 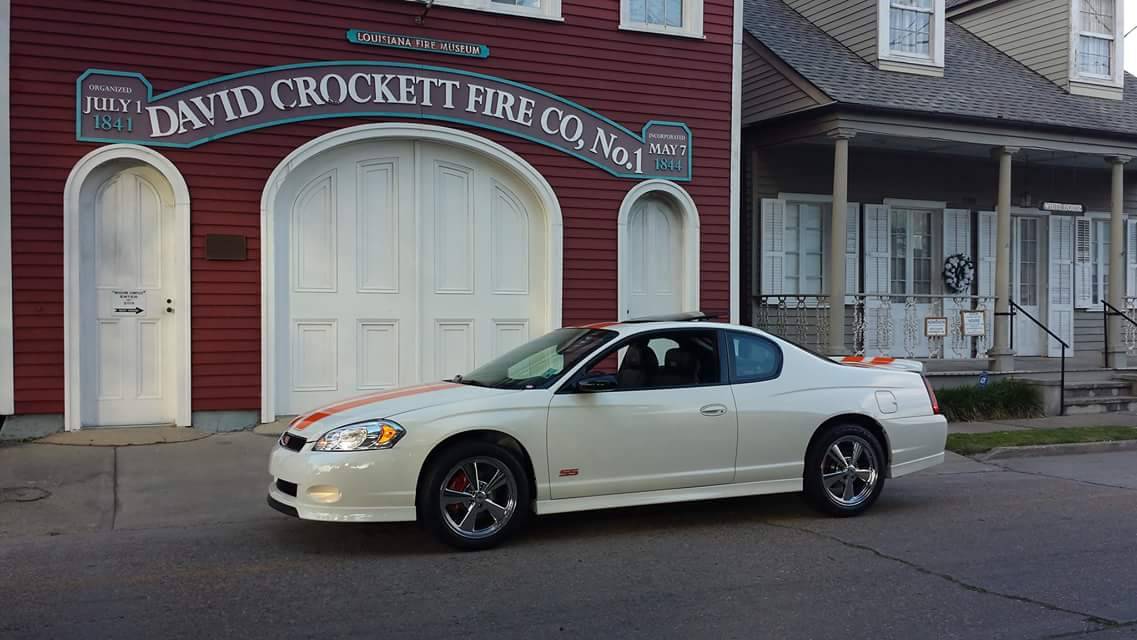 This is a 2006 Chevrolet Monte Carlo SS with a V-8! I have always liked the looks of the Monte Carlo going back to its introduction in 1970. I think this is a great-looking car and I believe that 2006 and 2007 were the only years the Monte Carlo was offered with a V-8 as an option in its last generation.

I have no idea if the car is worth its asking price of $25,000 as I have seen other such cars, albeit with many more miles than this one, offered for under $10,000. Still, if you want to drive a good-looking performance car that is not often seen on the road, this car fits the bill quite well.