I meant to write this last Friday, which was the 9th anniversary of that sad day when General Motors announced the end of Pontiac. That make has probably meant more to me than any other. First, a little history.

Pontiac finished third in US sales, behind only Chevrolet and Ford, for nine consecutive years from 1962 to 1970, inclusive. Note that run began two model years before the introduction of the GTO in 1964. Of course, the GTO is considered to be the first modern muscle car and the car that, therefore, started the US muscle car boom that lasted until the early 1970s. 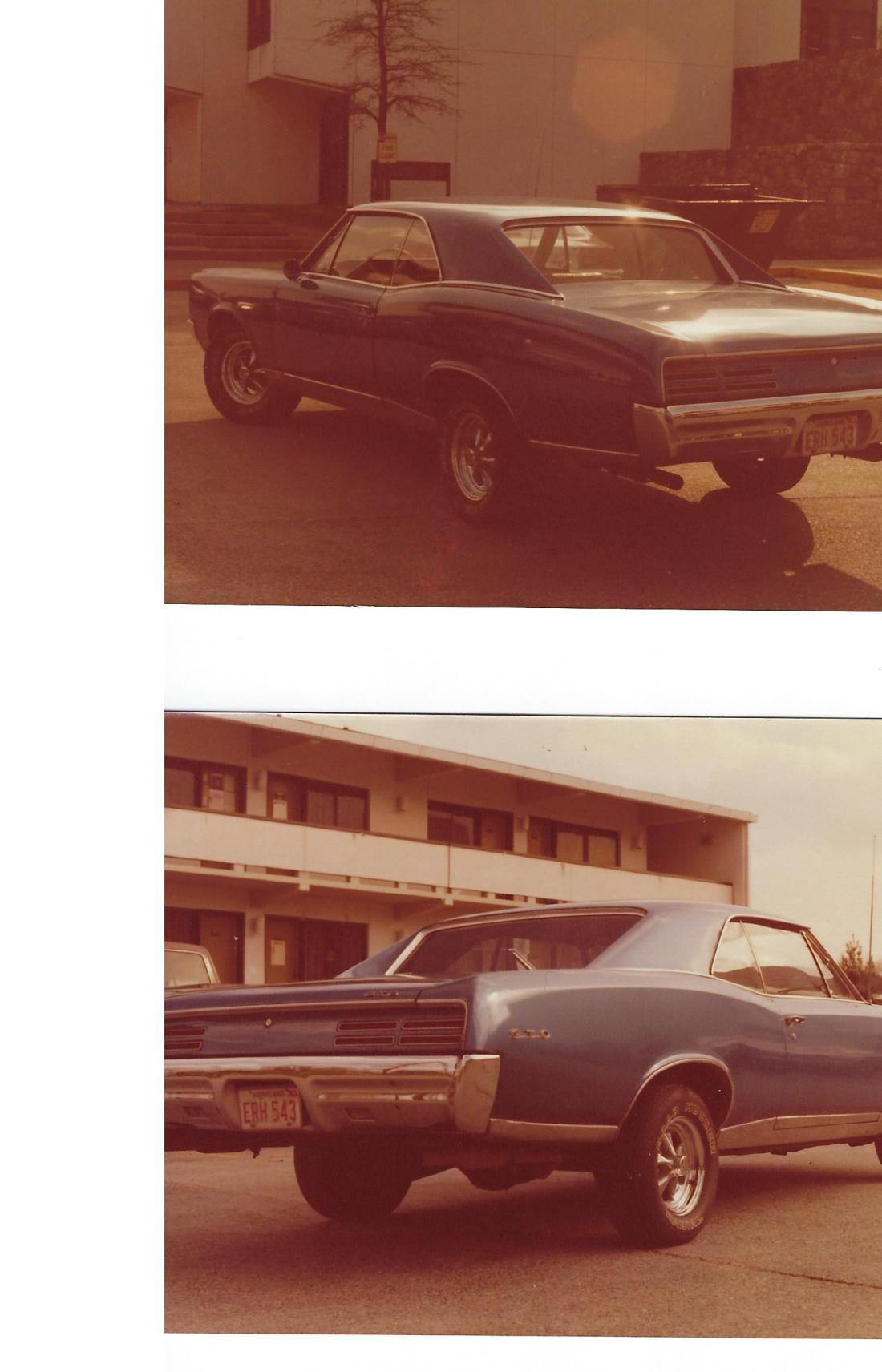 Two pictures of my 1967 Pontiac GTO. This was my first car and I still miss it to this day. I have written about that car before, both in this blog and my previous one. Pontiac engines were known for their torque; the base 400 cubic-inch V-8 engine (the one I had) was rated at 335 HP, but 441 LB-FT of torque. My car actually ate a pair of motor mounts. I guess I had more of a lead foot in those days.  🙂

From cargurus.com a picture of a 1995 Pontiac Grand Prix. I bought one of these new when I moved to California and it holds the distinction of being the car I owned the longest: 9 years. It was also the first car that I owned in multiple states as I took it to Texas when my wonderful wife and I moved there in 2000.

Speaking of my wonderful wife, she also has a Pontiac connection:

From cargurus.com a picture of a 1979 Trans Am. My wonderful wife once owned one of these although I did not know her then. She still speaks highly of that car.

General Motors is no longer manufacturing cars with the Pontiac name, but is still using the name to make money as it sells products with the Pontiac logo(s). Yes, the automobile market and world have changed, but don’t forget that Pontiac was axed in favor of retaining Buick only because Buick is popular in China, which is the world’s largest auto market. Take a look at this table of US sales by calendar year:

I can’t seem to find more recent sales data. Both makes saw declining sales, but Pontiac consistently outsold Buick and was third in sales, behind only Chevrolet and Ford, in all four years. Maybe the data from 2004-2008 was different, but how different could it have been?

The badge engineering begun by GM in the late 1950s, and which accelerated in the late 1970s, didn’t do any of the makes any good in the long-run even though it may have been good for the company in the short-run. As the differences between makes disappeared customer behavior changed in a negative way for GM. Going off on a tangent, I still think GM should let Buick have a revised and improved version of the Pontiac Solstice/Saturn Sky as a halo car.

Anyway, Pontiac was a very important make in the history of the US automobile industry. It was also important in my history. Long live Pontiac!

3 thoughts on “Paean for Pontiac”